“Wait … Didn’t public policy get started at Duke University in 1971?”

Yes. And in 2022, we plan to celebrate the 50th anniversary of public policy at Duke.

Sanford became a school on July 1, 2009, so we're marking the 10th anniversary as a school. Before, Sanford was organized as an interdisciplinary institute.

To celebrate, we’re sharing a series of stories about the school. Here’s story Number 1.

1. A Changing of the Guard 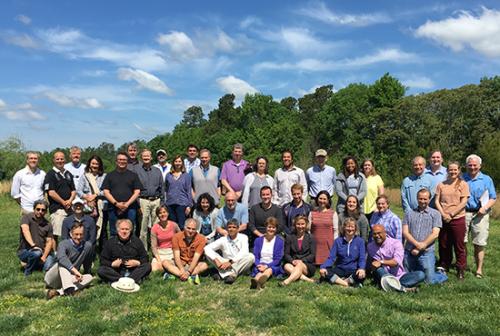 Sanford nearly doubled the size of its core faculty, from 37 to 68 over the last decade. Along with 35 faculty who have secondary appointments in public policy and more than 70 adjuncts and visiting professors, the school’s teaching and research capacity were transformed.

Sanford professors experimented with new technology and teaching methods and launched several programs. There were flipped classrooms and online short courses such as “Civic Engagement in American Democracy,” created by Bruce Jentleson and Nick Carnes. More than 3,400 people have enrolled in David Schanzer’s online MOOC course on “Understanding 9/11.” Study away programs were added, including the Duke in DC Program in 2013, led by Kristin Goss, and Anirudh Krishna’s Program for Future International Development Leaders in India (2014).

3. A New Spin on Politics

The Center for Political Leadership, Innovation and Service (POLIS) started in 2015 to inspire a new generation of political leaders and engaged citizens.

After a host of high-profile events and activities under founding director Fritz Mayer, POLIS is now led by Director Mac McCorkle and Director of Research Deondra Rose. POLIS had a key role in Duke setting a record (10,003 voters) for on-campus early voting in 2018 and is mobilizing for the next election season.

Now welcoming its seventh cohort, the Fellowship in Counterterrorism and Public Policy brings mid-career military officers and national security officials to Sanford for coursework and original research. Adding to the school’s growing reputation as a center for security and foreign policy studies are the Triangle Center on Terrorism and Homeland Security and the Triangle Institute for Security Studies, and the Duke Program in American Grand Strategy.

The school branched into a new area of research and engagement with the creation of the World Food Policy Center. Led by Professor Kelly Brownell, the center works at the intersection of food policy issues including food insecurity; obesity and chronic disease; agriculture and environment; and food safety and defense.

Sanford’s Facebook page, launched in 2009, was the first of the school’s social media channels, which expanded in the last decade to include Twitter, LinkedIn, Flickr, YouTube, and Instagram. Sanford also launched two podcasts in 2015 to showcase faculty research – the award-winning, narrative-style Ways and Means show, and Policy 360, an interview show with 95 episodes to date.

To ensure the school is welcoming to all, a group of faculty, staff and students pitched in to create the volunteer Committee on Diversity and Inclusion. The CDI’s three-pronged effort has examined and changed the school’s structure and environment, recommended curriculum revisions and spurred changes in faculty recruitment. The school hired its first Diversity and Inclusion Fellow to lead the ongoing effort.

“Imagine spending a weekend back at your old college campus with your favorite professor and 40 of his most inspiring students. What kind of ideas could you generate?”

With this question in mind, Professor Tony Brown launched “36 Hours at Duke,” a popular program among a raft of new touchpoints with alumni. Sanford also launched an annual fund, which exceeded $1 million in donations for the first time this year. The annual fund provides critical funding for student internships and scholarships, as well as discretionary dollars. 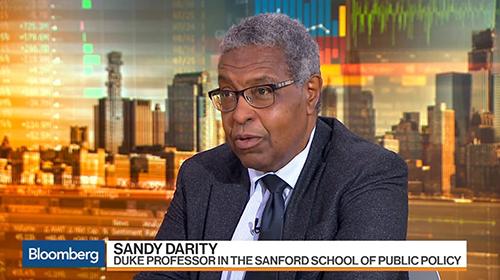 10. Providing a Bridge to Public Service

To provide clearer pathways for students into public service careers on Capitol Hill, in advocacy, lobbying, or government, Sanford joined forces with the Duke Career Center to create Embark. The program connects students with alumni who work in nonprofit organizations, think tanks or political offices to help them learn about service-oriented career opportunities.