Terry Sanford’s Astonishing Life and Legacy With Us Still

Terry Sanford has been gone almost 20 years now, dying at the age of 80 in 1998. He would have turned 100 last Sunday. And yet he’s with us still. With us in two, maybe three, generations of North Carolina leaders who either learned their politics and honed their progressive beliefs at his knee, or from people who learned from the people who learned from “Terry.” Yes, it was always “Terry” to those around him, “Terry” as if he were still the barefoot kid from Laurinburg who swam in the cold, dark waters of the Lumber River.

“Terry” to the fellows in his World War II combat paratrooper unit, who called him that – at his insistence – when they had a reunion while he was in the governor’s office in the early 1960s. “Terry” to the boys who’d shared with him what he would always call one of his formative experiences, scouting. (He’d made Eagle.) “Terry” later on, to a young president named Kennedy who it was said wanted Sanford on the Democratic ticket for vice president in the re-election campaign of 1964, “Terry” to his closest friends in the administration at Duke University, where he served as president, and “Terry” to those who served with him in the U.S. Senate during his six years there.

Funerals, no matter how prominent the person they honor, tend to fade from memory, and yet the day in Duke chapel that Terry Sanford was honored after he lost a struggle with cancer remains unforgettable. One after another, old friends spoke, weaving in stories of his youth, his military service and his political career that left all listeners amazed. Simply amazed. For Sanford had lived a life of such accomplishment that it was almost hard to believe.

He seemed to come out of nowhere when as a young lawyer from Fayetteville he won the governor’s office in 1960. He had a disarming sort of charm, an easy manner, a broad smile, an ability to speak the language of the farmer and the factory worker and the teacher. His mother was in fact a teacher and saw that her boy was raised with strong values and a healthy respect for schooling. The raising stuck as he became a force for public education, even when a raise in taxes, including a food tax, were required in his mind to get the job done.

He created the Governor’s School and the community college system. And the School of the Arts. The University of North Carolina prospered with Sanford working in tandem with the young UNC president William Friday. But the public schools, that’s where his heart was. 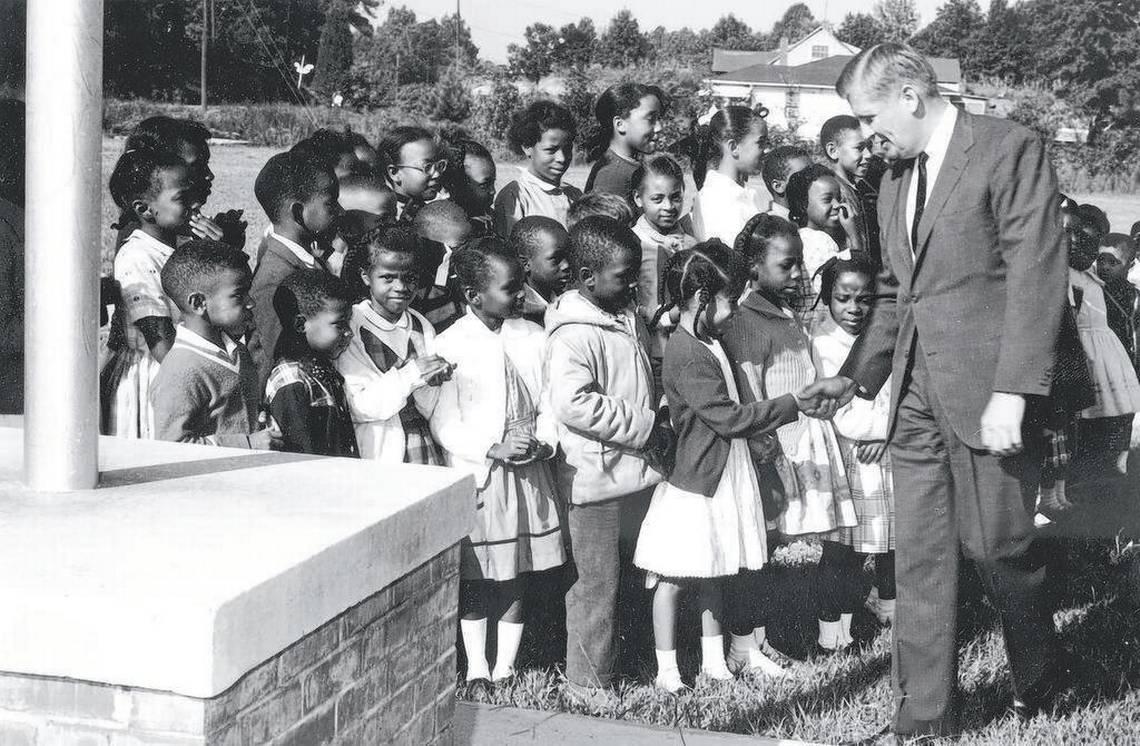 He was proudly progressive and dared to endorse Kennedy for president in 1960. Imagine a North Carolina candidate endorsing an unabashedly liberal Democratic candidate today. But Sanford did, and never apologized for it, and came up with an anti-poverty program that was a model for others and defied critics who didn’t like his call for an end to racial discrimination and his fearlessness in standing up for minority rights.

Everything he did in public life, and while at Duke from 1969 to 1985, laid cornerstones. His brave stances on civil rights helped North Carolina gain a reputation as a progressive outpost in a regressive South, and at Duke the academic establishment came to respect his keen intellect and his ability to raise the school’s profile (and increase the endowment). He had a mischievous side: while Duke president he hosted an annual “varmint” dinner featuring raccoon, possum and, once, muskrat. No less than The New York Times attended – but only because a reporter happened to be a friend of a friend.

He was respected, but not a perfect fit, perhaps, in the U.S. Senate, where his executive skills couldn’t be put to best use because he was one of 100. Sanford had always been a “big idea” guy.

He was always able to talk with anyone about anything, and remained a master storyteller. But he never lost the yen for politics, having encouraged generations of young Democrats from Jim Hunt through John Edwards.

With us still. Yes, he is. If you went to a public school, you are in some way in debt to Terry Sanford, as you are if you went to Duke or go to Duke, or if you’re one of those thousands of alums of his Governor’s School for gifted young students or you took courses in the community college system that has made higher education possible for tens of thousands of North Carolinians who might not have had access to it otherwise. With us still. Always.

Deputy editorial page editor Jim Jenkins can be reached at 919-829-4513 or at jjenkins@newsobserver.com

During the centennial year of Sanford’s birth, 2017-2018, the Sanford School of Public Policy has celebrated his legacy by creating, collecting, and sharing stories of principled leadership from the Sanford and Duke community.