The Sanford School’s graduation ceremonies on May 12 marked a number of milestones: it was the first presided over by Dean Judith Kelley, it celebrated the largest ever class of the Master of Public Policy program, the first class of the International Master of Environmental Policy and the largest PhD cohort to date. The class of 2019 includes:

Kelley told the graduates, “A lot of responsibility comes with your education. You can no longer hide behind the veil of ignorance.” She said they have a responsibility to put their new knowledge to work, whether in public service or the private sector. 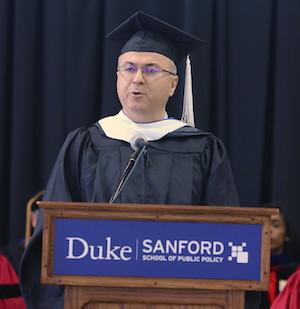 Twelve years ago, Sarhang Hamasaeed MIDP’07 was the student speaker at his own graduation. Born in Kurdistan, Hamasaeed was displaced by violent conflict twice while growing up. He came to Sanford as a Fulbright Scholar to study international development and returned as the Distinguished Alumnus Speaker.

At his own graduation, he had spoken on the themes of change and political will, themes that are still present in his work today with Iraq, Syria and Yemen, in his role as the director of Middle East programs at the U.S. Institute of Peace (USIP).

“I saw that you could win a prime minister’s support, with hard and methodical work, by making it easy for him to say yes or no to a policy. I also saw how great ideas and strong political will by a powerful leader could be crushed by bureaucracy and corruption,” he said.

Hamasaeed also told of a woman he met in Virginia in 2015, after he gave a talk about the rising tensions in Iraq. She told him she saw parallels in the rising tensions here in the U.S. At the time he didn’t think it was likely, but has come to see she was right.

He remains hopeful, he said, adding, “There are infinite ways to make a difference.”  Read more about him >> 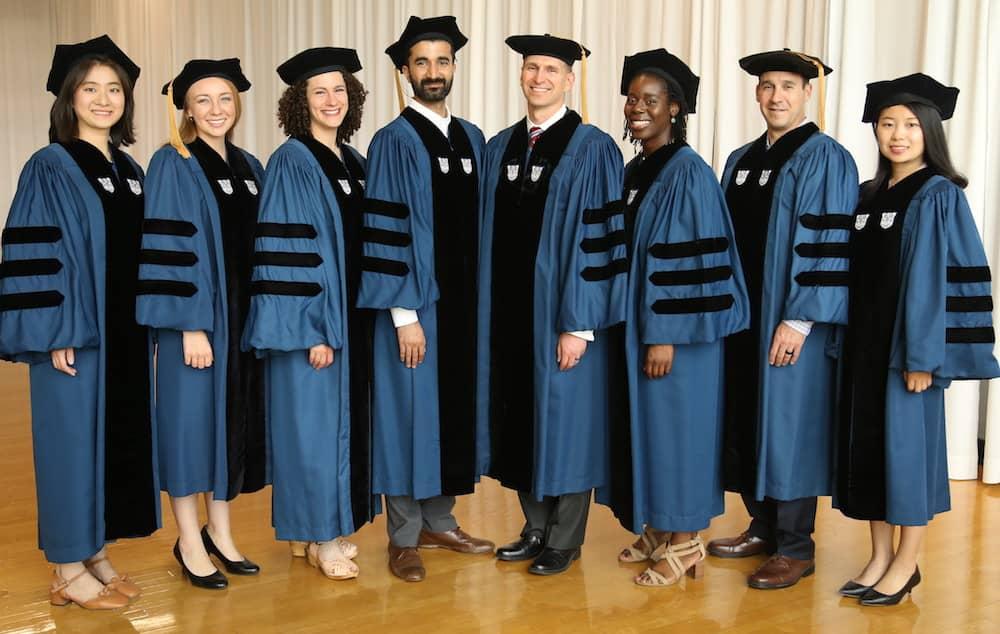 Eight of 12 PhD graduates were hooded during the ceremony. Jaron Wharton was hooded by both his mentor, Bruce Jentleson, and his sister, Tracy Wharton, a professor at the University of Central Florida. 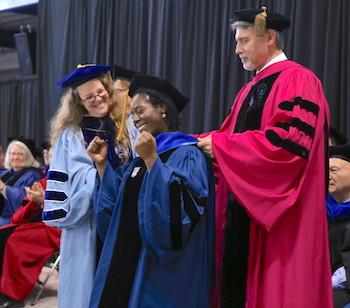 Vanessa Agudelo was the student speaker at the afternoon ceremony. Agudelo, a Baldwin Scholar, minored in education, earned a certificate in child policy research and interned at the U.S. Department of Education.

“I grew up thinking the United States was perfect. Why else would my parents move here from Columbia?” Agudelo said.

Her Sanford classes showed her a different view of the U.S., as a flawed nation but still one of opportunity that allowed her “to stand here today as a first generation, low-income student.”

Madison Mastrangelo received the award for Best Honors Thesis for “A Policy Analysis of No-Hit Zones: What Are the Barriers to No-Hit Zone Implementation?” Read her story >> 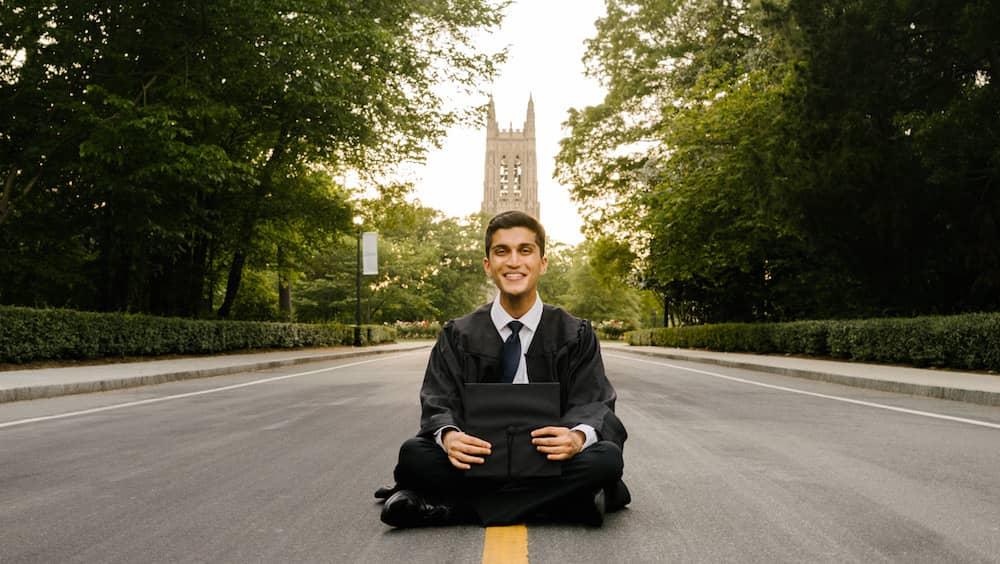 For academic excellence, the Joel Fleishman Distinguished Scholar Award went to Kushal Kadakia, who majored in biology and public policy, and earned a perfect 4.0. Next year, he will attend Oxford as a Rhodes Scholar.

This year’s Susan E. Tifft Teaching and Mentoring Award was presented to Deondra Rose, assistant professor of public policy and political science. The award, named for the late Susan Tifft, the Eugene C. Patterson Professor of the Practice of Communications and Journalism, recognizes excellence in undergraduate teaching.

To give her students experience in addressing real-world problems, Rose had them partner with members of the North Carolina General Assembly, the Governor’s and the Durham Mayor’s office to address policy issues this spring.