Rev. Barber to Speak at Duke for World Day of Social Justice

The 5:30 p.m. talk is free and open to the public, but tickets are required. They are available at https://tickets.duke.edu/Online or in person at the Duke box office. Parking is available for a $5 fee in the Bryan Center deck. 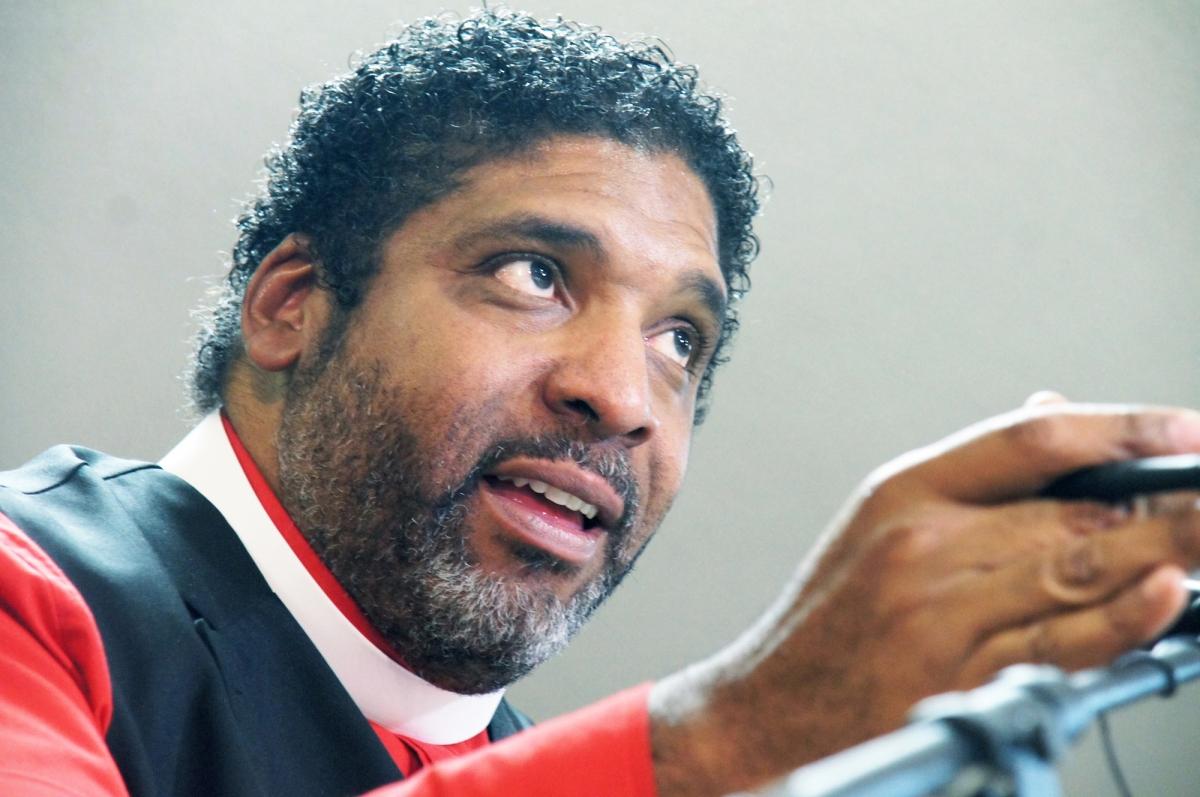 The joint Terry Sanford Distinguished Lecture and Boyarsky Lecture in Law, Medicine and Ethics and coincides with the United Nations World Day of Social Justice.

Barber is president of Repairers of the Breach and co-chair of the Poor People’s Campaign: A National Call for Moral Revival, a coalition of organizations fighting to end systemic racism, poverty, the war economy, environmental destruction and other injustices.

Repairers of the Breach is a nonpartisan, not-for-profit organization that “seeks to build a moral agenda rooted in a framework that uplifts our deepest moral and constitutional values to redeem the heart and soul of our country.”

Barber founded the Forward Together Moral Movement that gained national acclaim with the Moral Monday protests at the North Carolina General Assembly in 2013. The protests drew thousands of people calling for the state government to embrace a moral public policy agenda, and resulted in 1,200 arrests. Barber is the pastor of Greenleaf Christian Church in Goldsboro, North Carolina, and served as president of the North Carolina chapter of the NAACP from 2006-2017.

The Terry Sanford Distinguished Lecture is made possible by support from the William R. Kenan Charitable Trust. The lecture brings to campus men and women of the highest personal and professional stature, such as presidents, prime ministers, CEOs, visionary artists and esteemed scholars. It is held in honor of the late Terry Sanford, who served as North Carolina governor, U.S. senator, president of Duke University, and founder of the Duke Sanford School. The school is celebrating the Centennial of Sanford’s birth during this academic year.

The Boyarsky Lectureship, created through a gift from Drs. Saul and Rose Boyarsky, brings distinguished lecturers to Duke who can inspire achievement in social justice and public health through science.

In addition to the Sanford School of Public Policy and the Trent Center for Bioethics, Humanities, & History of Medicine, the event is co-sponsored by Duke’s Center for Child and Family Policy, Sanford School’s Bridging Communities, and POLIS: Center for Political Leadership, Innovation and Service.

Watch past lectures from this series