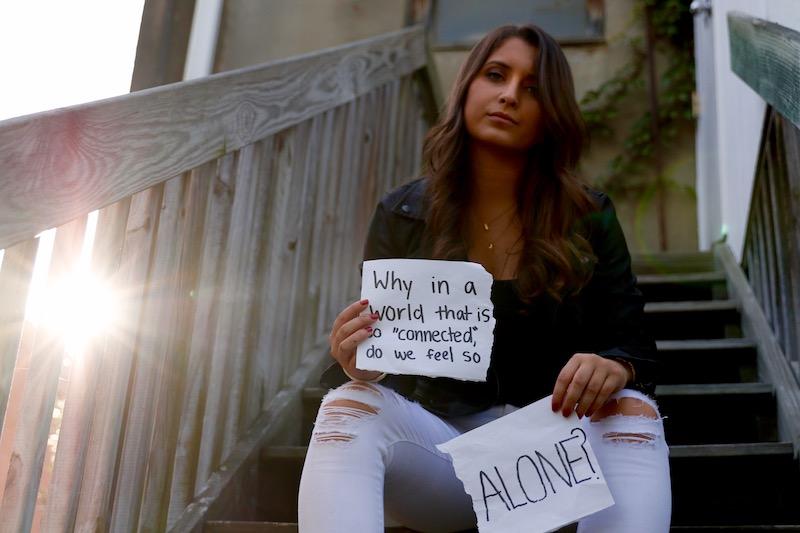 When her best friend in high school committed suicide, Jacqueline Monetta PPS’18 decided she had to do something to help other teens who might be thinking about doing the same thing.

“As a high school student, I naturally looked to social media to help me understand this. But nothing out there connected with me,” she said.

“Jacqueline’s dedication to exploring the social factors behind this epidemic and her strong desire to make a difference in deterring others from taking their lives led her to spend several years and a lot of money to get this film made,” said Cory Krupp, associate professor of the practice of public policy, who nominated Monetta for the award.

“To me, it exemplifies a different kind of ‘outrageous ambition,’ and like Terry Sanford, she met a social problem head on and tried to make a difference,” Krupp said.

By the time she graduated from high school, Monetta knew five other teens in her San Francisco area community who had died by suicide. She was determined to create something that would speak to teens directly, through the digital communication channels they used most.

Monetta researched the issue and interviewed mental health professionals, professors, teens and survivors. Her vision was always to create a film by teens, for teens, about depression, self-harm, suicide and getting help. She wanted to tell teens that mental illnesses, like physical ones, can be treated.

Her freshman year at Duke, Monetta started on the script. She credits several professors with supporting her in completing the project.  Amy Unell, director of arts engagement and partnerships, was her independent study professor and worked with Monetta as she finished the script.

“My class with Ingrid Byerley, ‘Advocacy for Change,’ really helped me express my ideas. Catherine Admay supported me by talking through both the big picture and the details, to focus on what I was trying to say,” she said.

Monetta decided to major in public policy because she thought it would give her the tools to make social and political change.

“The classes helped me understand the systems that I want to change,” she said. They also provided inspiration for future projects. Her internship at MSNBC, for her policy journalism and media studies certificate, also was influential.

While several adults assisted Monetta with production, editing, and fundraising, no adults appear in the film. Teens also were part of the shooting and editing, and created music and artwork. They were key as social media managers, including her friends at Duke.

In addition to writing the script and directing, Monetta appeared in the film, telling her own story and interviewing teens. The biggest challenge was keeping her emotions in check, she said.

“It was hard, because it was so personal to me, to recount what happened and listen to all these stories,” she said. 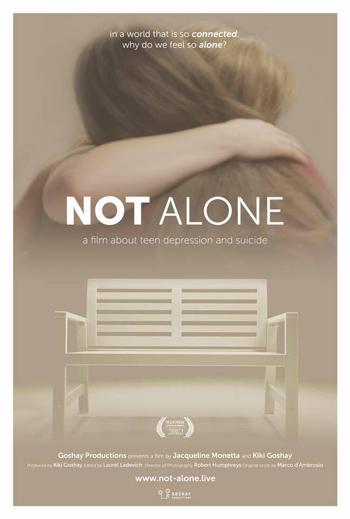 The film had its first screening for the cast and crew in the Bay Area. Its first festival screening was in October 2017 at Mill Valley Film Festival in California. Monetta arranged a showing at Duke in spring of 2017, with a discussion afterwards.

“The students in the audience echoed the themes addressed in the film.  She received a standing ovation from the audience for her brave work,” said Krupp.

Monetta worked with two distribution companies to make the film available, on iTunes, Amazon and Netflix and through cable on demand. It was important to her to that it be shown in schools, so there is also a shorter, 30-minute version, along with a curriculum for schools and libraries.

“As a director, now I look back and there are things that I wish I could change. But since it’s been streaming, I am getting messages from teens all over the world, from France, Spain, and Italy. I have gotten so much great feedback -- that it has made a difference,” she said.

“I wish my best friend, and others who lost the battle to suicide, could have had the opportunity to hear these stories. Not Alone is the film I wish had been a resource to them—to me—in middle school and high school,” Monetta said.