Matthew Johnson’s first job as a bag boy for Ralph’s grocery store in California had a lasting influence on his career. It sparked his interest in understanding the labor market.

“I had to join a union and I really wasn’t sure what a union was, what they did, and what the point of them was,” Johnson said.

“The week after I left the job, the union went on strike to demand better pay. I remember being so weirded out, like what is going on here? Why can’t they come to an agreement with their employer? They were on strike for three months.” 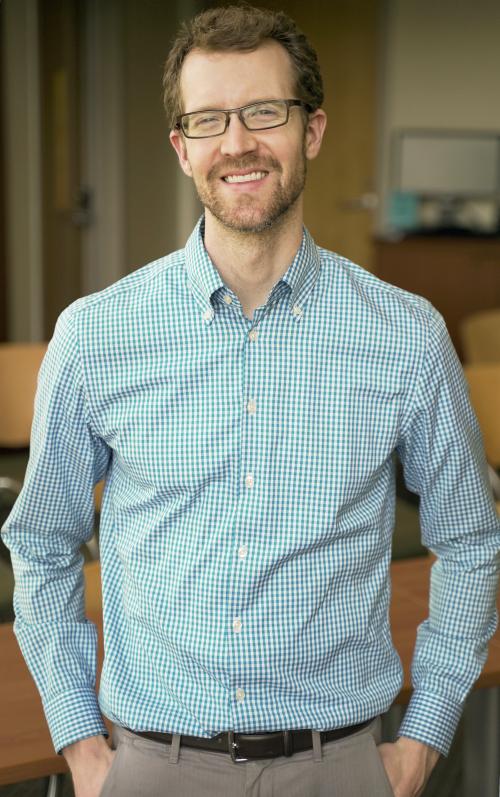 That was his introduction to the conflicts that arise over how the gains from work get distributed between workers and employers. Now, as an assistant professor at the Sanford School of Public Policy, Johnson researches labor economics, labor market regulations, wages and working conditions.

Before becoming an assistant professor this July, he taught at Sanford as an adjunct professor last year, after coming to Duke as a post-doctoral researcher in 2016. Johnson received his PhD in economics from Boston University, and he holds a BA in economics and history from the University of California, Berkeley.

At Berkeley, Johnson was originally a history major until a friend convinced him to reconsider, saying, “Matt, you’re not going to get a job with a history degree; you should take an economics class.” He still loves history, but says economics opened his eyes to a new way of understanding social issues and the world.

“I personally had a really bad experience with my undergrad microeconomics course. I’m almost surprised that I stuck with the major,” said Johnson. He hopes to do better for his students.

“I’m really excited to be teaching the microeconomics course for the undergrads here in a way that will highlight why it is fun and interesting and can be a useful set of tools that can help us tackle the big questions our world faces today.”

Johnson recently received a $50,000 Russell Sage Foundation Presidential Grant, along with his co-principal investigators Kurt Lavetti (Ohio State) and Michael Lipsitz (Miami University). They are studying non-compete agreements and their effects on labor markets. Through this project and his other work, he is seeking to understand how public policies can increase wages and improve working conditions in the United States.

Prior to Duke, Johnson worked as a research assistant at the Brookings Institution in Washington, D.C., which gave him insight into how economic research can inform public policy. Later, at the Harvard Business School, he wrote case studies for MBA courses, researched the effects of health and safety regulations on firms and workers and investigated factors that influence compliance with regulations.

He is happy to call Bull City home, where he lives with his wife, Sarah Gaither, an assistant professor of social psychology at Duke.