More and more rich people are choosing to give their money away before they die. Facebook founder Mark Zuckerberg has pledged to give away 99% of his family’s Facebook stock – a gift estimated at the time to be worth $45 billion dollars. Some mega-donors are even pressing to spend donated funds their own lifetimes.

Joel Fleishman, a preeminent scholar on philanthropy, compares this current trend with the more traditional approach of perpetual foundations which are designed to last for generations. Fleishman’s book is Putting Wealth to Work – Philanthropy for Today or Investing for Tomorrow.

How did this “giving while living” idea get started?

Andrew Carnegie started it when he published the “Gospel of Wealth” in 1889. His point was that rich people should use the same kinds of skills in giving away their money that they used in making it. And that that meant that they really had to be alive when they were giving away the money. Unfortunately for Andrew Carnegie, while he proclaimed that as the goal, he did not succeed in doing it personally. He ended up with about a quarter of his own assets left, while he was still alive, that he couldn’t figure out what to do with, and, therefore, decided to establish a perpetual foundation now known as the Carnegie Corporation of New York.

[Spending a great fortune while you are alive] is hard to do. Everybody who’s spoken on the subject [including] Warren Buffett says, “It’s much, much harder to figure out how to give away your money well than it is to make it.”

Why is it so hard?

People have different expectations about what they want to accomplish. And one of the reasons that you see the surge of giving is that you have a lot of young people who’ve made a lot of money when they’re young trying to figure out what to do with it. And, the analogy that they’re making in their own minds is, “We want to get the same kind of satisfaction out of giving away our money that we got out of making it.” That’s much, much harder to do.

Have any foundations been able to spend down their funds successfully?

From the time that Andrew Carnegie wrote the “Gospel of Wealth” in 1889, until about 1990, there were fewer than five foundations that … spent all of their money. 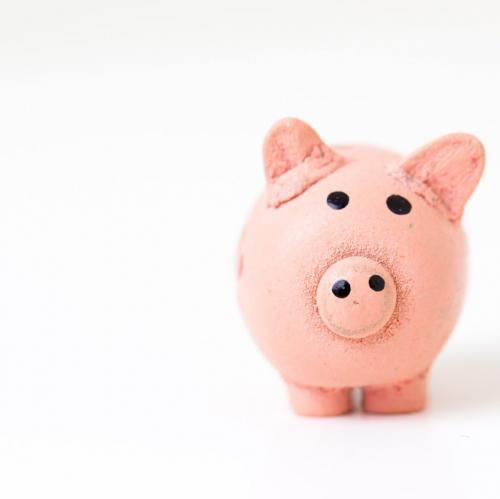 The next really interesting one was the foundation that created the New York AIDS Research Center. [The center was founded by] Irene Diamond. Her husband died, and… she had an extraordinary instinct about things. Right at the moment in which AIDS first emerged, she decided that maybe there would be enough money in her foundation to make a difference. And, it turned out it was, because they ended up putting … most of their free money into developing the cocktail treatment for AIDS, which saved, probably, millions of lives- still saves millions of lives.

And then there’s the John Olin Foundation, which … built the conservative intellectual infrastructure in the United States. …

So, … you’ve got three interesting foundations that made a difference, in doing that. But, they’re the only ones of any consequence in almost 100 years.

Why is there a buzz now about spending all the money in one’s lifetime?

…Many people emotionally want to do something big with their money- analogous to what they did with it in making it- but the fact of the matter is figuring out what to do is a hard thing to do … and it is highly risky, because the kinds of things that people do with a lot of money in a short period of time, typically do not pay off in a short period of time. […]

Cancer research [is a longer term investment]. How do we solve the problem of food equity? [These problems] cannot be solved in an instant. And that’s the problem, because many people want to solve things in an instant because they want the pleasure of seeing  accomplishments that occur as a consequence of the wealth that they made. And yet, they also know, at the same time, that that’s not an easy thing to do.

That’s a good example of something that’s so obvious when you think about it, that it makes enormous sense to do it but nobody had thought of doing it. […]

The Natural Resources Defense Council … was founded by the Ford Foundation. [And now there are] a million and a half dues-paying members of NRDC. They were not there before, Ford nurtured it long and enriched it. Same thing with the Environmental Defense Fund [and] Human Rights Watch … these were … foundations that were financed, nurtured, and sustained over a long period of time by perpetual foundations. This is not something that “giving while living” people find attractive. They want a big bang in the short run. They don’t want to spend 20, 30 years in building organizations that are going to serve society.

Which is better? Spending money in a person’s lifetime or investing in a perpetual foundation?

This is an extremely interesting and urgent question and one that society needs to figure out how to deal with it, and people need to understand. That’s the reason I wrote the book. I wrote the book because my sense is, a lot of people are basically trying to figure out how to do something in the short run that they can’t really do in the short run, and they need to think about how to get more results for what they want to do in a more responsible, reliable way.