“Given everything we have witnessed in this district over the past two years, this is an atypical race even by special election standards,” says Asher Hildebrand, associate professor of the practice at Duke University’s Sanford School of Public Policy.

“But that hasn’t stopped the national parties from staking a lot -- in money, strategy and morale -- on its outcome. That’s because they see the race as the first real test of whether the formula that propelled Democrats to a House majority in 2018 remains effective as we look ahead to 2020.” 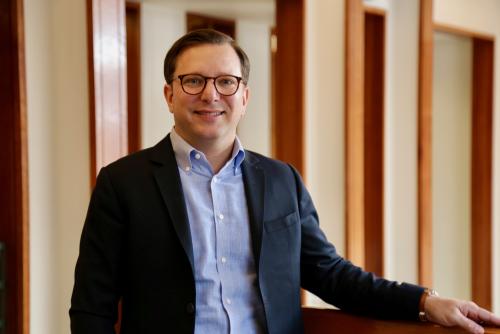 Voters in North Carolina’s 9th Congressional District – spanning all or parts of eight counties in the south-central part of the state -- will go to the polls as a result of state officials finding evidence of ballot fraud in the 2018 election. President Trump is expected to stump Monday in Fayetteville for Republican candidate Dan Bishop, who faces Democrat Dan McCready.

McCready and Bishop are effectively tied in the polls, and Tuesday’s results will shed light on both party’s prospects in the 2020 presidential election, said Hildebrand, who served for nearly 15 years in Congress and on political campaigns. This includes as chief of staff to U.S. Representative David Price (D-NC) and as director of policy and research for President Barack Obama’s 2012 campaign in North Carolina.

“Will the suburban revolt against President Trump keep the door open for a Democratic candidate to claim a solidly Republican seat campaigning on ‘bread and butter’ issues? Or will the Trump coalition make a stand for a Republican candidate who has sought to turn the race into a contest between the president and Nancy Pelosi?” Hildebrand said.

He noted that Republicans investing so much to defend a seat that Trump carried by double digits says a lot about how the battleground has shifted since 2016. Democrats don’t need to pick up this district to protect their House majority, he said, but Republicans “absolutely need to defend it, and many seats like it, if they have any hope of regaining theirs. And if you’re a Democratic leader, that’s a good place to be.”

Also Tuesday, a special election in North Carolina’s 3rd District in the eastern part of the state will determine who replaces the late Republican Rep. Walter Jones.

“While few national Democrats view this seat as within reach, it will still be an interesting test of how significantly a well-known and well-liked Democrat can out-perform Trump in a deep-red district,” Hildebrand said.