Mallory SoRelle, American political economy scholar, graduated with honors from Smith College in 2006 without ever taking an undergraduate economics class. She was more interested in politics, specifically campaigns and elections, and topics of increasing political engagement and representation for marginalized communities. Then from 2006 to 2008, she found herself in a front row seat witnessing the unfolding of the Great Recession.

“All these signs were pointing to destruction ahead,” said SoRelle of the economic landscape during her time as a research assistant at the National Consumer Law Center in Boston from 2006 to 2008. The nonprofit tackled predatory lending, foreclosures, subprime mortgages, and other issues of low-income consumer financing.

“There were advocates telling policymakers that the system isn't going to keep working, that things need to change, and if they don’t, we're going to end up with some sort of economic disaster… which is exactly what happened.”

The growth of predatory lending combined with weak consumer protections contributed to the 2008 financial crisis. What was really striking to SoRelle in the aftermath was that Congress didn't do much at all to strengthen financial protections for consumers.

Compounding the lack of action by policymakers was that the ordinary people who were most affected by the lack of financial protections weren’t demanding more from their representatives. SoRelle decide to combine her passion for greater political participation with her newfound curiosity about this fundamental part of the American economy.

The Sanford School welcomed SoRelle to the faculty in July 2020 as assistant professor of public policy. Her research and teaching explore how public policies are influenced by and in turn reinforce socioeconomic and political inequality in the Unites States.

SoRelle comes to Duke from Lafayette College in Pennsylvania where she was assistant professor of American politics and public policy in the Government and Law Department. She holds a PhD in Government from Cornell University, an MPP from Harvard University’s Kennedy School of Government and a BA from Smith College. 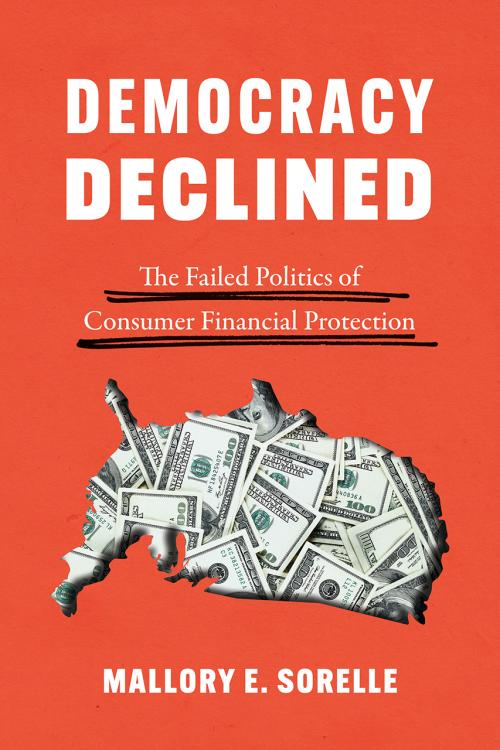 SoRelle's upcoming book, Democracy Declined: The Failed Politics of Consumer Financial Protection, explores the political response by policymakers, public interest groups, and ordinary Americans to one of the most consequential economic policy issues in US history. It won the American Political Science Association's 2017 E.E. Schattschneider award for the best dissertation in the field of American government.

“These are really issues of everyday life for most people,” SoRelle said. “These are issues that have a tremendous effect on the financial security and health and well being of families and particularly families from marginalized groups. But despite how significant they are, and how really ubiquitous a lot of them are, they are not issues that political scientists have paid a whole lot of attention to until very recently.”

SoRelle is currently writing about the civil justice system, of which consumer finance is a critical part. In particular, she is collaborating with Jamila Michener, associate professor of political science at Cornell University, on a new project that explores how low-income communities of color navigate and have access to justice within that system.

She is most interested in how people's experiences navigating the civil legal system, which covers issues including bankruptcy, family law, debt collection, public benefits disputes, and others, shape their attitudes about government and their political engagement. She is also working on a project that explores how different types of debt—student loans, mortgages, payday loans, etc.—affect political participation and policy preferences for communities of color and other marginalized groups.

“Most of the things that I'm interested in are things that I think of as being especially important in the lives of socioeconomically marginalized communities,” she said. “Like things that affect your ability to find housing, to get food, to get clothes for your kids if you've got kids, and to make sure you are able to function, and be safe and healthy.”

Next spring SoRelle will teach the core undergraduate course, PUBPOL 301 (Political Analysis for Public Policy), and a PhD course PUBPOL 902 (Social Choice and the Political Economy of Policy Making).

SoRelle grew up in Texas. She is a classically trained violinist and also plays guitar. Her partner, Carrie Baldwin-SoRelle, is the social sciences and scholarly communications librarian at Lehigh University, and together they like to camp and garden.

SoRelle also admits to being “a big Harry Potter fan.” When asked which house she would belong to, she laughed. “Pretty reliably Gryffindor with some Slytherin tendencies.”

As the communications and events manager, she designs and implements promotional strategies to engage the student body, as well as the broader community, with visiting thought leaders.

She got her B.A. in Latin American studies from the University of Wisconsin at Madison many moons ago, and more recently, a certificate in technology and communication from UNC-Chapel Hill's School of Media and Journalism.

Mary has roots in Colorado, India, Mexico, the PCT, and the Midwest. However, she lives in Chapel Hill with her family, where she has lived on and off again since 1999.