Malesky Named Director of the Duke Center for International Development 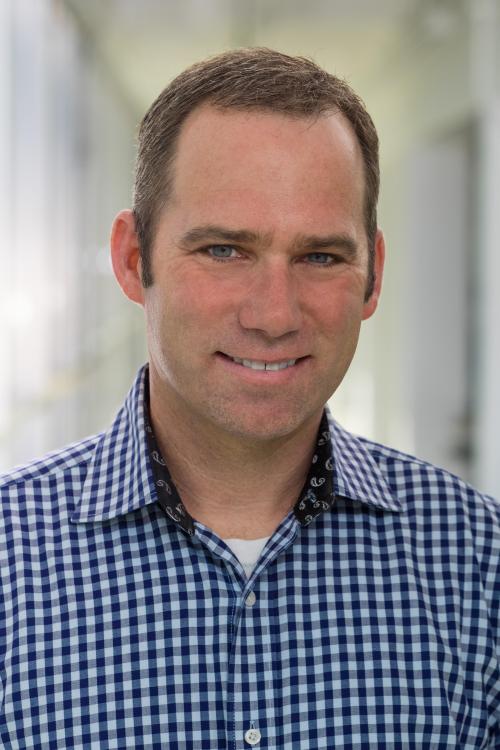 In addition to his leadership role for DCID, Malesky is a full professor in the Duke Political Science Department with 20 years of experience in research, teaching, and policy consulting related to international development.

Dean Judith Kelley of the Sanford School said, “Eddy Malesky hits that sweet spot that is so important for a university center: He has a foot in the world of practice and policy, and a foot in academia as an outstanding scholar. The global pandemic will only increase the vulnerability of many countries around the world, so this is an important moment for Duke to raise our profile in international development through DCID’s vision of peace and prosperity for all. I am certain that Eddy’s leadership of DCID will multiply the impact of existing global efforts across Duke.”

Development economist and trade expert Corinne Krupp has served as interim director of DCID for the past year. Krupp is also associate dean of academic programs for the Sanford School.

Sarah Bermeo is the director of graduate studies of the Master of International Development Policy (MIDP), one of DCID’s core programs.

“Eddy brings extensive experience training graduate students in international development that will be quite valuable to our MIDP program,” Bermeo said. “He is an excellent scholar and teacher whose research lends itself to applied and experiential learning. In addition, his regular interaction with the policy community will pull together synergies between teaching, research, and engagement that form the core of the university experience. I am delighted that he will be leading DCID.”

Malesky said he is looking forward to new role at DCID.

“I am excited about the opportunity to work with DCID’s talented team of researchers, instructors, and practitioners. DCID’s talent pool and international reputation can serve as a cornerstone in uniting the efforts of its formidable roster of Duke scholars working on questions of sustainable economic and political development around the world,” he said.

Malesky highlighted the dedication and commitment of the DCID faculty and staff, and the power of the 6,000-plus DCID alumni and Executive Education participant network that spans more than 100 countries.

“The DCID faculty and staff are committed to making an impact, and it shows in the programs they run at Duke. One of my goals is to tap into the reservoir of loyalty that this commitment has engendered among alumni of the MIDP program and executive education programs around the world. Our alumni and friends are our allies in working to solve global problems. These connections can also help Duke’s development researchers who are working in many of the same countries.” Malesky said.

International development has never been more critical, Malesky said, as the world faces a global health crisis with COVID-19.

“COVID-19 is having a devastating impact in developing countries. Even in places that have managed the pandemic well, such as Vietnam, the economic consequences of lockdowns and deteriorating global markets are severe. Global supply chains have been dramatically disrupted. Small and medium-size enterprises are struggling to survive with declining consumers. Workers have been laid off and are having difficulty feeding their families. Decades of poverty alleviation in the developing world have been reversed in just a few months,” Malesky said.

Malesky said smart, responsive international development policy education and research are critical in the fight against the virus not just to address global health, but to unravel the economic and social policy complications that will be felt for years after recovery begins.

“The challenges posed by COVID-19 require intellectual leadership and creative policy solutions across an impossibly wide spectrum of developmental problems. This is a critical moment for DCID and our affiliated researchers at Duke. We cannot – and will not – be on the sidelines. As a center, we will channel our creative energy and research expertise into helping answer these vital policy questions for our world. I strongly believe DCID is poised to be a leader in this effort and I am thrilled to be part of it,” Malesky said.

With an active development policy portfolio and work on numerous projects sponsored by USAID, the World Bank and United Nations Development Program, Malesky researches topics in public policy and governance. One of his contributions to economic development has been the methodology of local economic governance indices. His work has been published in top scholarly outlets in political science, economics and management, and has appeared in multiple media outlets, including The Washington Post, The New York Times, Reuters, and Bloomberg Businessweek. His scholarship has been acknowledged for advancing research on corruption, the politics of tax incentives, political institutions in authoritarian regimes and the relationship between participation and regulatory compliance.

Malesky is perhaps best known as a specialist in economic development, authoritarian institutions, and comparative political economy in Vietnam. He is the founder and lead researcher of Vietnam’s two largest public opinion surveys: the Vietnam Provincial Competitiveness (PCI) Index survey of 10,000 private businesses (funded by USAID);  and the Vietnam Provincial Administrative Performance Index of 14,000 citizens (funded by UNDP).  Since 2005, Malesky has annually presented the results of the PCI to Vietnam’s highest-ranking subnational leaders and elite businesses.  As a direct result of this work, he received a state medal from the Vietnamese government for his work on economic reform in 2012. President Barack Obama appointed Malesky to the board of the Vietnam Education Foundation in 2013.

Malesky has been invited to work on economic governance indices emulating the PCI in 13 other countries in Southeast Asia, Latin America, and Eastern Europe. He is also the director of Metaketa, a multi-country randomized experiment on encouraging women’s political participation in developing countries.

Malesky earned both his master’s degree and PhD, both in political science, from Duke University. He received his B.S. from Georgetown University.

The Duke Center for International Development, a center of the Sanford School of Public Policy, was founded in 1985 with the mission of advancing international development policy and practice. Through rigorous education for mid-career professionals, training programs for policymakers, and engagement informed by timely research, the DCID community is working toward a vision of development that promotes peace and prosperity for all people. Learn more at dcid.sanford.duke.edu.