#HumansofDukeSanford is a weekly series highlighting members of the Sanford community. 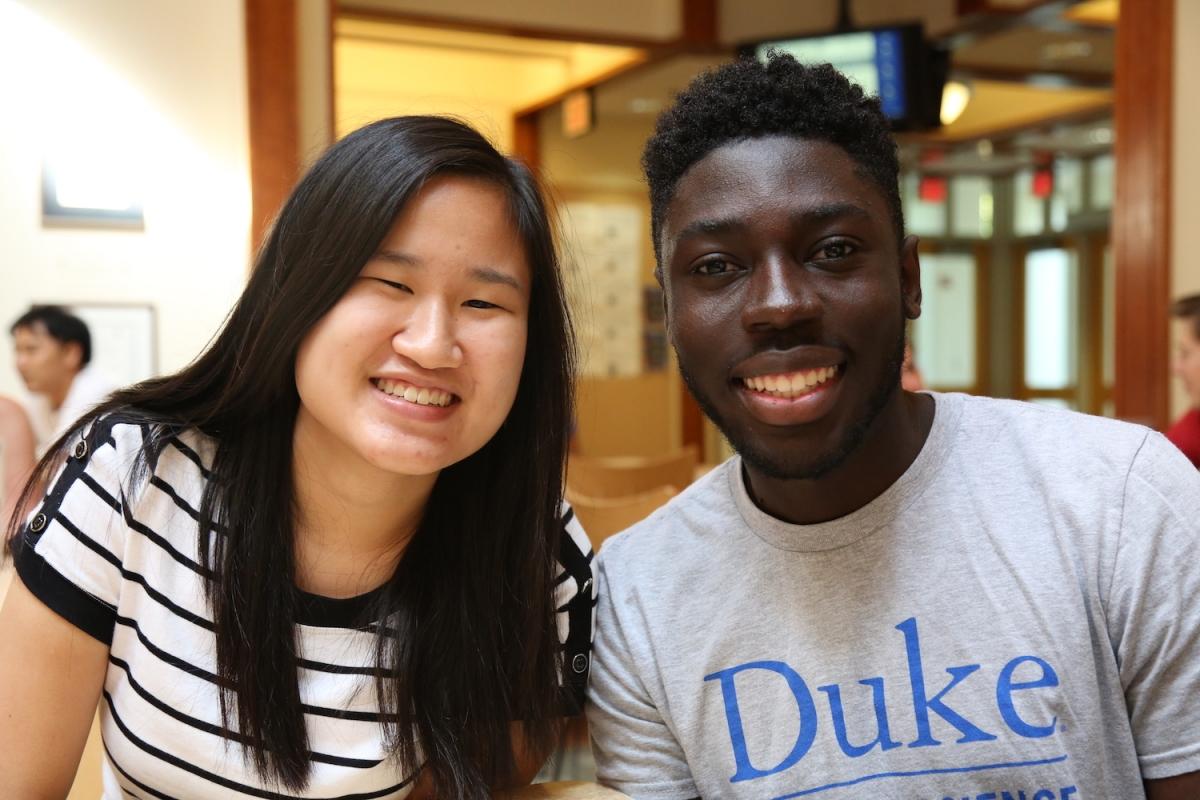 Daniel: “Well initially, taking Public Policy 155 [Introduction to Public Policy], I was not very sure about my decision to go through the public policy track. However, taking more electives and core courses, I see that there’s much more to public policy than the core courses. It’s a very interdisciplinary major which features research, business implementation, micro and macroeconomics, and even facets of cultural anthropology. So it’s just a very diverse major that’s for so many people.”

Isabelle: “I agree. I like having a diverse major because I’m actually a pre-med student but I’m also very interested in other things like journalism, so something I like about the public policy major is that you can take a global health ethics but also take a journalism class.”

Q: Public Policy is a big major. Was it a bonding experience for the two of you?

Daniel: “We knew each other beforehand; we were in the same residence hall in Gilbert-Addoms.”

Isabelle: “Well when I walked into microeconomics I was like ‘Eyyy! Daniel!’”

Daniel: “Yeah and I was like ‘Isabelle! You do this too!’ Hahaha yeah and we bonded after that! Yeah, I think that’s another facet of public policy – bringing people with different backgrounds and different academic interests together. Isabelle who is pre-med and still likes policy implementation and me who is formally interested in West African Development. I think that public policy will help me get to achieve my goal.”