An experienced historian of international diplomacy, modern intelligence, finance, the origins of war, and the nature of alliances, Jennifer Siegel has joined the Duke Sanford School faculty as the first to hold Bruce R. Kuniholm Chair in History and Public Policy.

Bruce Kuniholm was the founding dean of the Sanford School of Public Policy and is still on the faculty as dean emeritus. His research focuses on U.S. diplomatic history, U.S. policy in the Middle East, national security, history and public policy. 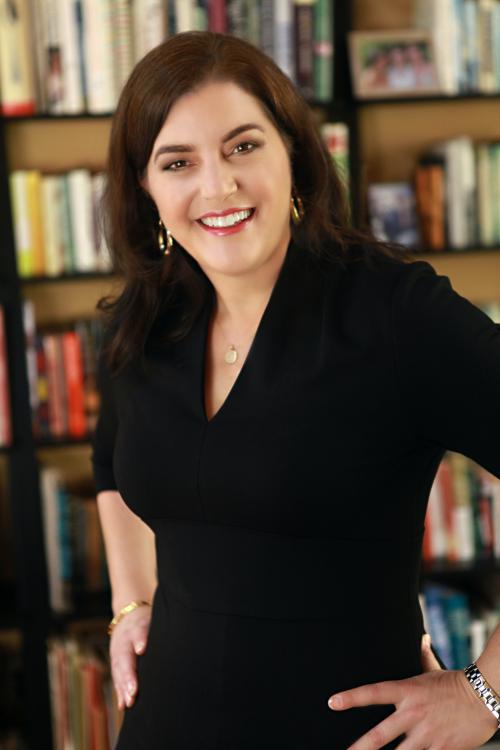 As the first Kuniholm Professor in History and Public Policy, Siegel reflected on not only the honor she feels being selected for this position, but the contribution she hopes to make to the Sanford School.

“I am so excited to be emphasizing the longer stretch of history in the understanding of what the foundations of policy and policy decisions are. I’m thrilled to be in a more interdisciplinary conversation with people from all different corners of the institution and academy, interested in similar kinds of issues,” she said.

Siegel joins the Duke Sanford faculty after 18 years in the history department at The Ohio State University in Columbus, Ohio. Siegel has also served as a Senior Faculty Fellow at the Mershon Center for International Security Studies.  She earned her PhD in history from Yale University.

By appointing a historian to this position, the Sanford school shows a dedication to exposing their students to learning opportunities deeper than the expected public policy route, she said.

Her first classes at Sanford will be “Policy Choice as Value Conflict” and “Modern Intelligence History” in the spring.

Siegel’s research focuses on the intersection of international diplomacy, modern intelligence, finance, the origins of war, and the nature of alliances. She speaks and reads the Russian, French, and German languages.

Siegel described a moment when she realized her work was directly impacting the future of her academic field.

After the fall of the Soviet Union in 1991, Siegel was fortunate enough to be able to work in the Russian imperial foreign ministry archives, which had been previously inaccessible to Western scholars. When looking to mark her name when analyzing a manuscript, her eyes fell on the last name to sign out the manuscript - which was that of a Soviet scholar in the 1950s.

“It was thrilling to think that my unprecedented archival access gave me the opportunity to tell a much more balanced tale than what Western scholars had been able to do before, using sources from both great powers,” Siegel said.

“That tale became my first book, Endgame: Britain, Russia, and the Final Struggle for Central Asia.”

The Sanford School of Public Policy puts their students first, focusing on preparing their students for their futures in public service. This is a focus that Siegel stands fully behind.

As she explained, in the German language, the word for doctoral advisor is “Doktorvater” or “Doktormutter”— literally, doctoral father or mother. Siegel has had the opportunity to be a “Doktormutter” to many students, a responsibility and honor she considers herself “tremendously lucky” to have.

“I’m really proud of the small role I have been able to play in encouraging doctoral students who have been doing incredible work.  And I can’t wait to play a similar role for the Sanford undergraduates and graduate students.”

One of the great personal benefits that comes with the extensive research Siegel conducts is the traveling required. From St. Petersburg, to Berlin, to London, Siegel has had the privilege of living and working in many of the great cities of Europe.  Whether it be enjoying a meal in London or attending an opera in Moscow, Siegel feels fortunate that she has been able to find and build communities of scholars and friends in different European cities.
“They are my home away from home.”

A longtime New York Mets and Brooklyn Nets fan, Siegel also finds time to disassociate from work by rooting for her teams from wherever she may be. When she is away from the books and manuscripts, Siegel can be found in her kitchen trying out new recipes and culinary endeavors. Although she does not consider herself a “foodie,” Siegel knows and appreciates a good meal.

“I have a reputation of knowing where to eat, no matter what city you’re going to.”

Lily Coll works in the Sanford Communications office as a student assistant. She writes faculty and alumni stories, assists in media relations and helps with newsletter content. Coll is a senior in the Trinity School of Arts & Sciences studying Public Policy and Political Science.

Outside of the office, Coll is the president of the all female a cappella group Lady Blue, as well as a sitting member of the Duke Student Alumni Board. She is a Duke Key Tour Guide, writes for the Duke Chronicle, and is involved in Duke Hoof N Horn.