Dikgang Moseneke, who rose from a human rights leader during apartheid to Deputy Chief Justice of South Africa, will join Duke University as a Rubenstein Fellow during the spring semester of 2020.

At Duke, Moseneke will explore current challenges to constitutional democracy and rule of law. He will co-teach a joint graduate and undergraduate course “Legal Analysis for Development Governance” with Catherine Admay, a lecturer in Duke’s Sanford School of Public Policy. He will also participate in events and roundtables, guest lecture in selected courses and conclude his second memoir, reflecting on his time in judicial office, while in residence at Duke. 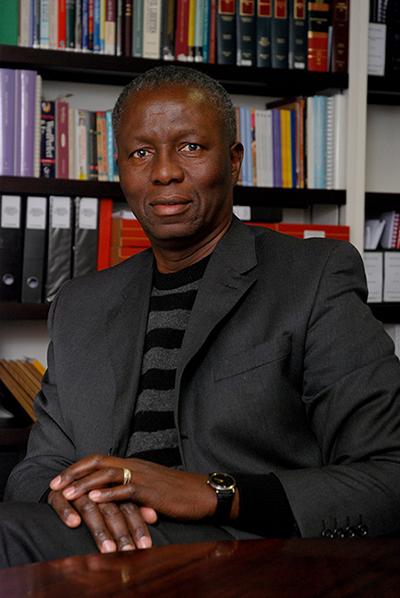 “Dikgang Moseneke brings vast experience in human rights and social structures from international and historical perspectives that can inform our present-day situations and potentially social policy,” said Sanford Dean Judith Kelley. “We are honored to host Moseneke as the Sanford School of Public Policy’s Justice in Residence, in addition to his Rubenstein Fellow appointment.”

Moseneke was born in 1947 in Pretoria. At age 15, Moseneke was arrested for opposing apartheid, the state system of institutionalized racial segregation, and sentenced to 10 years in the prison rock quarry of Robben Island, Cape Town, South Africa, alongside fellow political prisoners and future South African Presidents Nelson Mandela and Jacob Zuma. While in prison, Moseneke earned two degrees through a correspondence course with the University of South Africa. He went on to become a leading law practitioner, defending political prisoners and representing corporations.

As apartheid ended, Moseneke helped draft South Africa’s Interim Constitution. A year later, in 1994, he served as the deputy chair of the Independent Electoral Commission that oversaw the tense first democratic elections in South Africa.

After an appointment to the High Court in 2001, he was elevated to the Constitutional Court in 2002 and became the deputy chief justice in 2005, a position from which he retired in 2016.

Moseneke made a mark in the case law of affirmative action, rule of law, separation of powers, socio-economic rights, property, economic justice and anti-corruption law. He earned the 2018 “Order of Luthuli in Gold,” South Africa’s highest honor, in recognition of his “exceptional contribution to the field of law and the administration of justice.”

“Moseneke’s story is one of struggle and liberation,” said Admay, who is also affiliated with the Duke Center for International Development. “He knows how systems of power create and add legitimacy to injustice. And he has worked to harness public power to be more accountable to people, even when circumstances are constraining.  Our students, graduate and undergraduate, from countries the world over, will find inspiration in his journey.”

Moseneke is also a leader in business and higher education. He served two terms as the chancellor of the University of the Witwatersrand, where he led the university through the #FeesMustFall protests. Most recently, Moseneke has headed up the Southern African Development Community (SADC) Mediation Team engaged in the Kingdom of Lesotho to help bring about lasting peace and stability. He is the author of the memoir, “My Own Liberator.”

Students, faculty and the public are invited to a free welcome event, part of Duke’s 2020 Martin Luther King Jr. Commemoration, that is co-hosted by the provost, the Sanford School of Public Policy and the Law School. The event runs from 5-6:30 p.m. Tuesday, Jan. 21, in the Sanford School’s Fleishman Commons, during which time Moseneke will reflect on some of his life experiences through an oral history interview conducted by Admay and professor Karin Shapiro of Duke’s African and African American Studies Department. A reception and book signing will follow. The event will be livestreamed to the Sanford School’s Facebook and YouTube pages.

U.S. Army Gen. Martin Dempsey (Ret.) also served as a Rubenstein Fellow at Duke University. Dempsey is former Chairman of the Joint Chiefs of Staff, and as such he was the nation’s highest ranking military officer. He talked about his life and career on Sanford's Policy 360 podcast: