Faith Begay-Dominique MPP’15 is one of the first Native American graduates of Sanford School of Public Policy’s master program and has become a powerful advocate for bringing Native voices to the table in domestic and international policy with her unique perspective: culture is key. 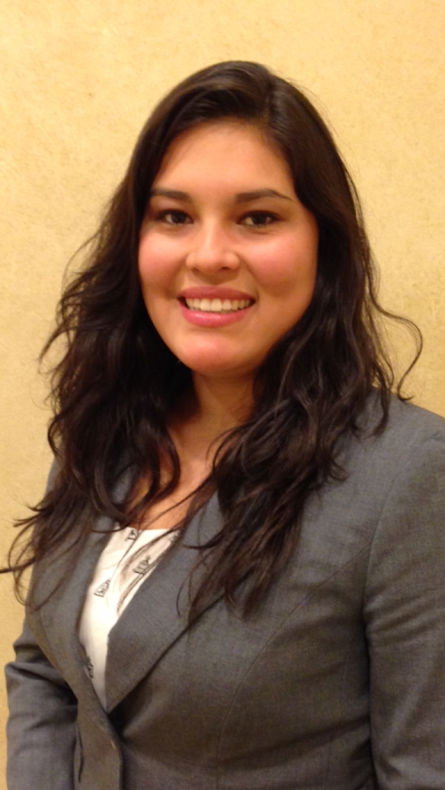 Begay-Dominique, a Kul Wicasa Lakota, Sicangu Lakota, and Diné woman, got her start halfway across the country, on the Lower Brule Sioux Reservation in South Dakota.  She took an hour-long bus ride to the closest public school each day, where she was surrounded by many non-native students.

“I saw myself at that time as a sort of liaison between the two communities,” she said. Despite this pressure, Begay-Dominique worked hard to pursue her academic goals, and graduated as valedictorian.

Begay-Dominique went on to attend Stanford University for her undergraduate studies, starting as a mechanical engineering major. She had always had a passion for math and science, but after some time, she realized that she had another passion: advocating for her community.

“I had this thought, what do I actually want to do in the future?” she said, “I really wanted to do something that I could give back to my people and that I could really work for Native people and make a difference.”

Stanford’s robust Native American population and Native studies department helped Begay-Dominique launch into her exploration of how she could become a policy advocate for her community. Once she decided to come to the Sanford School, however, she encountered a different environment as the first Native student in the graduate program. For some, this may have been a difficult obstacle, but to Begay-Dominique, it merely presented an opportunity for more growth.

“It was really helpful to me to be surrounded by all different types of people,” she explained, speaking about the diversity of the Sanford program. Being exposed to students from all over the United States and many international students helped her to see the connections between her community and so many others.

“It was fascinating to learn about how my people are so similar to other people from different countries and cultures.” 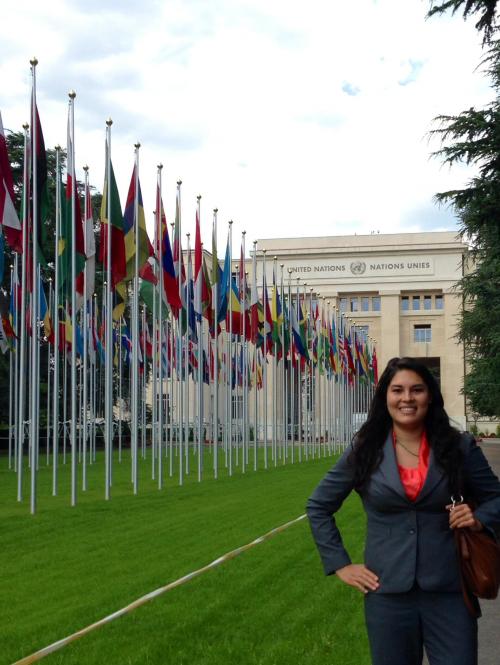 Since graduating from Sanford, Begay-Dominique has explored numerous avenues of policy analysis on the federal level.

“I think that’s really what a public policy degree is about—you become a jack of all trades,” said Begay-Dominique about her circuitous path. “I wanted to be well-versed in all of those different areas so later in my career I could tackle a problem from a lot of different angles.”

Begay-Dominique started off working in the Assistant Secretary-Indian Affairs Office and later in the Division of Economic Development in the Office of Indian Energy and Economic Development, where she wrote “how-to” guides for economic marketing and business advice accessible to the public to encourage economic development and growth, particularly in Native communities. Later, she worked heavily on topics in international affairs and trade policy; she and her team worked to advise tribes on how to better utilize foreign trade zones for international trade purposes.

“This was a topic I was interested in, seeing as each tribal nation has different ways that they’re able to do these types of things,” she said, “So that was an area of economic development that I wanted people to know about, that I wanted tribes to know about and have access to.”

Begay-Dominique’s passion project, however, was an interdepartmental project she headed called “Culture and Meth Don’t Mix”, later called “Culture and Drugs Don’t Mix”. This project was designed to infuse Native culture into drug abuse prevention policy to better inform and educate young Native children on the dangers of drugs and alcohol:

“In Lakota culture, we have a trickster story…. We have Iktomi, he’s a spider, he’s a trickster. The idea of this program is to use the culture to teach and tell students that drugs and alcohol are not a part of our culture, so in that case, meth is a trickster—it’s an Iktomi.”

With this program, Begay-Dominique combined her knowledge of policy and her connection to Native culture to make an impact in communities like the one she grew up in.

“This is what I worked so hard all those years to do, to work on things like this,” Begay-Dominique said. “Being able to use our culture in a way to reach students, I think, was the most powerful and meaningful for me.”

The “Culture and Drugs Don’t Mix” project captures the unique perspective brought by Native policy analysts like Begay-Dominique. As she explained, Native culture has not yet been utilized majorly in American policy strategy, but it has the potential to be a powerful tool.

Now, as she plans to move back to her reservation in South Dakota, Begay-Dominique is excited to see how her work has made a difference at home, and how she can continue to uplift the communities she cares about. Begay-Dominique’s connection to her roots has been a theme throughout her many positions and achievements; it is what makes her and other Native people valuable policy advocates.

“I think it’s really important to have Native people at the table, making those decisions for Native people,” she said.

“Culture, I think, has the key to everything.”