Exposure to lead in drinking water from private wells during early childhood is associated with an increased risk of being reported for delinquency during teenage years, according to a new study by Indiana University, Duke University and other researchers that uses data from Wake County.

The study, appearing this week in Proceedings of the National Academy of Sciences, found that children who get their water from private wells before age 6 have higher blood lead levels and, as a result, have a 21% higher risk of being reported for any delinquency after age 14, and a 38% increased risk of having a record for a serious complaint, such as felony property or weapons offenses and misdemeanor assault.

"We know that lead exposure early in life has been linked to lower IQ, reduced lifetime earnings and an increased risk for behavioral problems and criminal activity," said Jackie MacDonald Gibson, lead author of the study and chair of the Department of Environmental and Occupational Health at the IU School of Public Health-Bloomington.

"This research highlights the need to recognize the risks to children relying on private well water and for new programs to ensure they have access to clean drinking water. Failing to do so imposes burdens not just on the affected children and their families but also on society at large," Gibson said.

Researchers analyzed a 20-year dataset linking blood lead measurements for 13,580 children under the age of 6 to their drinking water source before age 6, and to reported juvenile delinquency records after the children reached age 14. 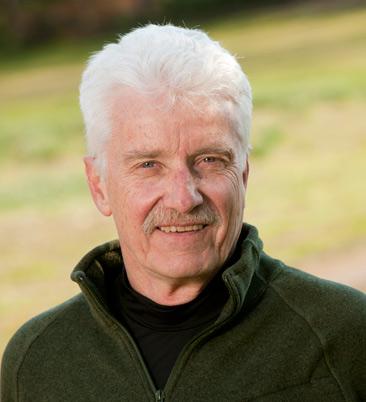 The dataset was drawn from records of all children who were tested for blood lead levels in Wake County, NC, between 1998 and 2011 and juvenile delinquency reports of the children in the sample from the NC Department of Public Safety database.

“Lead in drinking water is a problem whenever it occurs.  In Wake County, it is not a problem for households on city water, but it sometimes is for those that are supplied by wells,” said co-author Philip J. Cook, Duke Sanford School of Public Policy professor emeritus.

”Well water is often a bit corrosive, and if there is lead in the pipes (as joint solder, for example) then the water leaches the lead out on its way to the faucet. City water is treated so that it will not be corrosive.”

“The newest well-supplied houses don’t have this issue because recent regulations don’t allow the use of lead in the pipes.  But for older residences that haven’t been re-piped, it is often a problem,” Cook said.

In addition to finding a correlation between lead exposure and behavioral problems in teens, the study also found that blood lead levels were approximately 11% higher in children relying on private wells, compared to children provided with community water service.

Long-term costs of the high-risk youth include victim costs of crime, criminal justice costs and foregone earnings. A previous study estimated that “saving” one youth at risk for being caught in the adult criminal justice system yields social benefits of $1.3 to $1.5 million in 1997 dollars, equivalent to $2.2 to $2.5 million today.

The Biden administration recently announced a federal action plan to replace lead pipes that connect some 10 million homes to community water systems. But Gibson said that while this plan is an essential step forward in decreasing children's risk of exposure to lead in drinking water, it does not solve the problem of children's exposure to lead from private well water.

Currently, 13% of U.S. households rely on private wells. Domestic wells are not regulated under the Safe Drinking Water Act and are therefore rarely tested for lead or treated to prevent lead dissolution from household plumbing and fixtures, Gibson said.

To address this issue, researchers said neighborhoods that rely on private wells and border cities or towns but are not incorporated in them are good candidates for community water service extensions due to their close proximity to existing infrastructure. Those farther away, they said, could be provided with household water filters at subsidized rates depending on income.

"This research confirms the urgent need to prevent early-life exposure to lead in drinking water," Gibson said. "Technology to solve this problem is readily available, and putting it in place is a matter of political will and should be part of upgrading infrastructure in the U.S."

“Ours is not the first study to find that children who grow up with lead in their water supply are more likely to get involved in criminal activity. But by connecting the problem to wells in Wake County, our results provide a clear guide for what needs to be done locally,” Cook said.