This story was originally published on the Hart Leadership program's website

The Hart Leadership Program is excited to announce that Student U ‘s Executive Director and Durham education leader Alexandra Zagbayou is set to join us as a Hart Associate Professor of the Practice in January of 2022. Alexandra graduated from the University of North Carolina in 2010 from its innovative leadership program known as APPLES.  Having fled political persecution from the Ivory Coast with her family at the young age of 10, APPLES was an important incubator for Alexandra’s ongoing leadership journey, the context from which she learned, as she says “to see a vision for turning my family’s experience into leading in community.” 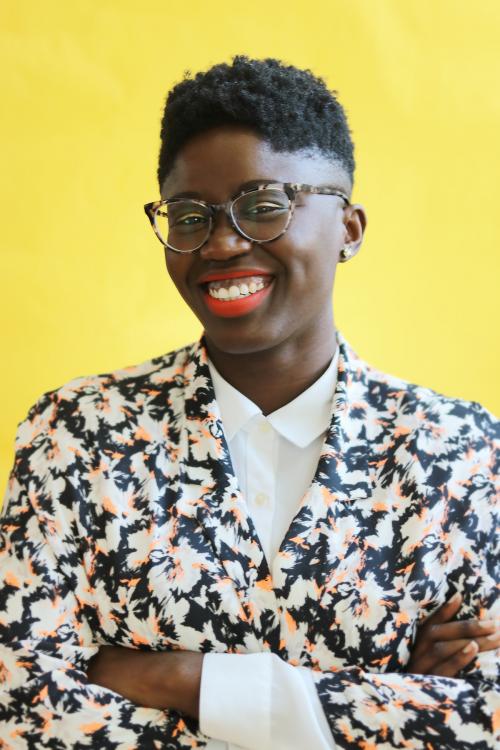 Those experiential insights informed and strengthened her vision, whether leading students into partnership with the Southern Coalition for Burned Churches as an undergrad, or after graduation becoming Student U’s second full time employee, a leading Durham community organization that uses the power of education, leadership and advocacy to build a just and equitable Durham. An incubator of ways to generate sustained progress in reducing racial and class disparities in education, Student U has also pioneered new ways of teaching civic engagement and community trust across Durham. Originally founded by Dan Kimberg, Amanda Dorsey and Mary Williams in Professor Tony Brown’s enterprising leadership initiative, Alexandra has taken Student U to new heights as its Executive Director over the past five years: one of the leading education incubators across the South, for both students and teachers. Alex has actively collaborated with local non-profits as well as opening the W.G. Pearson Center, which is a new home for Student U and other local non-profits.

According to Alexandra, Student U’s mission of using education, leadership, and advocacy to build a more just and equitable Durham is squarely connected to the work that the Hart Leadership Program does, especially around civic engagement, research, community-based partnerships, and leadership. “I’m really interested in thinking about the policy work that is happening in Durham led by the leaders that work at the W.G. Pearson Center and at Student U and how Hart students can join them and learn with them” states Alexandra. “I see myself as a bridge, not just to Student U, but to all the other organizations in Durham that I have been building a relationship with for the last decade.”

She has a remarkably wide set of experiences in the non-profit world, including organizational development, strategic planning, and leadership development.  Throughout, Alexandra uses compelling life experiences, her own as an asylee from the Ivory Coast and those of her students growing up in Durham, to incubate leadership from the ground up, inspiring students and teachers alike. Once at Duke, Alexandra envisions teaching a summer residency at Student U, taking what she is learning at Hart and making it available to Durham students and community members at the W.G. Pearson center, a space that is designed and desired to be “an epicenter of equity work in Durham.”

Alexandra is excited to continue to work with young people who have a thirst and a vision for what is possible in the world around them and who are willing to learn from the leaders in the community. As a Hart Professor of the Practice, she wants to facilitate conditions in her classroom for students to explore questions in a safe space about who they are, why race and history matter in creating leadership, and how to build enduring bridges between Durham residents and Hart students. “It’s important to me that the same way I’ve led Student U in listening to the community and making decisions later is embedded in my practice as a professor” states Alexandra. “The most important part of leadership is being quiet and listening more and then speaking after everyone’s voice has been heard around the table.”