Derek Rhodes PPS’15 has held an impressive array of jobs since graduating, with the Obama Foundation, the Miami Heat, Google and Microsoft. Now he is back in his hometown of Durham, where he founded a non-profit, Durham Success Summit (DDS), dedicated to providing mentorship and the tools for success to young Black men.

Rhodes admits that his career path has not been a straight shot, even when first graduating from Duke. He had been accepted to law school, but decided in May not to go. “I decided that this was my time to explore,” Rhodes said. 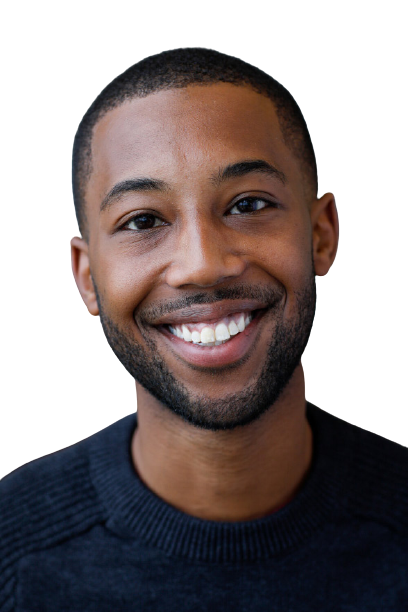 He followed his interest in tech policy and took a job at Google instead. There he was the co-leader of team tasked to come up with creative ideas for existing products. Rhodes was intrigued by the intersection of business and legal affairs, especially the work that had to be done before the launch of a new product. At Google, “I learned how to dream bigger about my own life,” he said.

“My through line is about problem-solving, and that’s what Sanford taught me,” said Rhodes. “My career moves have been about solving problems for my communities.”

Through all these moves, Rhodes has maintained a strong connection to Duke. He has served with the Duke Black Alumni Association, as a national board member. He has been an interviewer with the alumni admissions advisory committee, talking with prospective students.

“Duke took a young man who didn’t know his path and gave him so many opportunities, through work-study jobs and internships,” he said. He declared a major in public policy as a freshman, because it combined his interests in politics, economics and history.

Duke alumni played a role in his internships and in other career moves. During his public policy internship at the White House under President Obama, he met alumnus Reggie Love. They shared a love of Duke basketball. Love had been a player and Rhodes had been the team manager for the men’s basketball team. After his stint at Google, Derek started in business strategy at the Miami Heat organization, where Duke alumnus Nick Arison was the Chief Executive Officer -- also former team manager for the Duke Blue Devils.

“I got there at a time of a lot of internal change,” Rhodes said. The Miami Heat was going paperless for tickets, using QR codes instead and analyzing the resulting data. He was working with a cross-functional team of data scientists and marketing people.

“I wrote memos to leadership,” about the changes, drawing on that skill he learned at Sanford to present the problem succinctly with the proposed solutions.

During that time, he also wrote a children’s book, Jimmy for the City, about a young boy who wants to make a difference by becoming a city council member.

In 2018, Rhodes had the chance to work with the Obama Foundation, to help establish the My Brother’s Keeper Alliance in a one-year position. The MBK Alliance strives to build safe and supportive communities for boys and young men of color.

“That was something I really wanted to be a part of,” Rhodes said.

He had been an intern in the public affairs office of the Department of Justice when the not guilty verdict was delivered for George Zimmerman in the Trayvon Martin killing. This was a chance to change things.

The Obama Foundation had offices in DC and Chicago, and Rhodes also traveled across the country, meeting with community organizations. His initial six-person team was creating the systems that would support the alliance. He realized that the team members needed a standing time together. In addition to planned retreats, he created a regular Monday meeting, “a meeting about us as human beings,” he said. “We had to learn how to communicate in a different way.”

He is proud of the community challenge competition that raised $1 million to support cities, counties and Tribal Nations to prevent violence and support opportunity for boys and young men of color.

That remote work experience served him well when he went back to the Miami Heat as director of business strategy and the pandemic hit.

Last spring, Rhodes took a position as chief of staff to the leader of a division of Microsoft, seeing it as a chance to be immersed in tech policy. But he grew frustrated with himself, as he realized he was not doing anything to change the system that had led to the killing of Travyon Martin, whom he identified with in so many ways.

So he quit Microsoft after only three months and came back to his hometown of Durham. He worked on expanding the Durham Success Summit, which he had started in 2019 as a back to school event.

“I wanted to improve the lives of local, young, Black men. Men just like me. So much more needed to be done,” he said.

DSS now also includes pop-up events through-out the year, and is looking to expand partnerships with organizations and cities across North Carolina. They are preparing for their third summit on September 18 at the WG Pearson Center in Durham. Durham Mayor Steve Schewel will be one of the speakers and Reggie Love will give the keynote address.

“I’m excited to get back into a room and to building relationships with people,” he said.

This summer, Rhodes joined the Sanford Board of Visitors, which he sees as an opportunity to give back and to help the school with the work being done around racism and the structural changes needed in the policy world to combat it.

“It was an honor to be invited to serve. The school has a lot of long and short term priorities that are similar to mine,” Rhodes said. “I want to figure out how to be a resource for current students.”

Derek Rhodes PPS'15 speaking to a classroom about his book, Jimmy for the City.

Derek Rhodes PPS'15 working with a young boy on mind-mapping and goal setting.