David French, senior editor at The Dispatch, and a contributing writer for The Atlantic, joins Duke University as the 2022 Pamela and Jack Egan Visiting Professor in Sanford School of Public Policy and the School of Arts and Sciences. As the Egan Professor, French will take part in a number of public seminars and events throughout the 2022 calendar year. 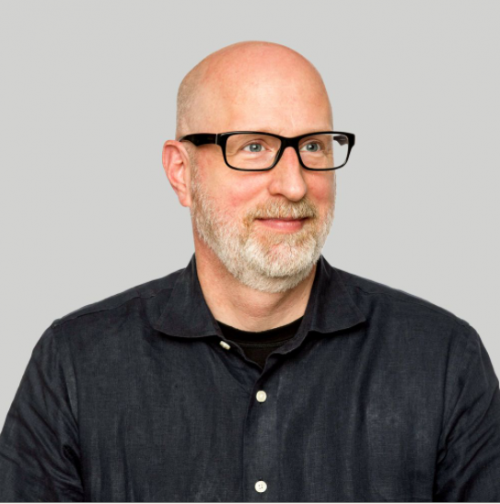 "I’m honored to be this year’s Egan Professor to engage with students and faculty at Duke. We’ll be addressing crucial questions of politics, faith, and culture, and I truly look forward to the discussions to come."

The Egan Visiting Professorship is jointly administered by Duke’s DeWitt Wallace Center for Media & Democracy, and Duke’s Program in American Grand Strategy.  It brings to Duke public intellectuals who can present a perspective that is both important in the larger debate and can broaden the conversation in ways that will help Duke students prepare for the intellectual diversity of the contemporary age.

“We’re very excited to have David as this year’s Egan Professor,” said Philip Napoli, Director of the DeWitt Wallace Center and the James R. Shepley Professor of public policy in Duke’s Sanford School of Public Policy. “We have no doubt that he will inspire and inform thoughtful discussion and debate amongst students and faculty.”

“David French is one of the most interesting voices in the public square today.  He has strong views, well-grounded and passionately argued, but he advances them in a spirit of civility and inquiry that is all too rare in today’s polarized environment,” said Peter Feaver, director of the Program in American Grand Strategy and professor of political science and public policy.

David French comes to Duke with a distinguished background in political journalism. He was previously a senior writer for the National Review, as well as a columnist for Time magazine.

A graduate of Harvard Law School, French is also a former constitutional litigator and a past president of the Foundation for Individual Rights in Education.

French is a New York Times bestselling author. His most recent book, Divided We Fall: America’s Secession Threat and How to Restore Our Nation, was published in 2020. Publisher’s Weekly described Divided We Fall as a “well-informed and often moving account [that] provides an antidote to the ills of political partisanship.”

French is a former major in the United States Army Reserve and is a veteran of Operation Iraqi Freedom, where he was awarded the Bronze Star.

David French’s first event as the Egan Chair is a public lecture scheduled for Tuesday, February 1t at 6:00 PM. The title of his talk is “National Security and the Future of the Republican Party.” More details about the event can be found here.