From the Classroom to the Field, NYT Reporter Isabella Kwai PPS’16

If you’ve opened The New York Times and read a new headline under the international section, chances are you’ve stumbled across a piece written by alumna Isabella Kwai.

A breaking news reporter for the London bureau of The New York Times, Kwai is a member of the class of 2016 with a Bachelor of Arts in Public Policy and English. 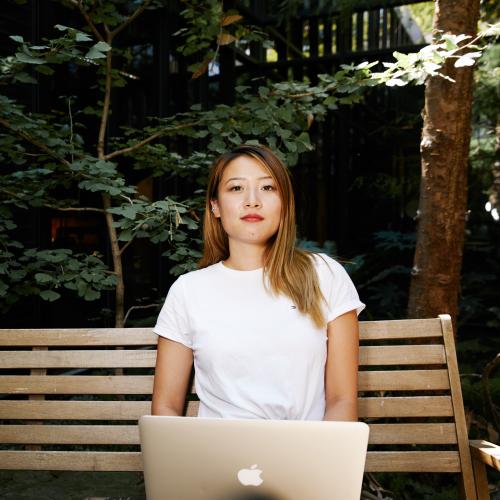 Despite where Kwai is today, she did not always plan on becoming a journalist. She took her first journalism class her second semester of senior year, which Bill Adair graciously let her audit. From the slideshow definitions to the guest lecturers, Adair’s class gave Kwai the nudge toward journalism.

“He was one of the reasons I felt confident enough to pursue journalism,” she said.

Kwai calls Sydney, Australia home, where she grew up. She attended law school for a few weeks before deciding to study at Duke, unsure what her next steps would be.

Taking classes that varied in subject, Kwai reflected on how keeping an open mind when it came to future plans helped her a great deal.

“I had this sense that I wanted to contribute something to making the world a better place” she said. Following that sense, Kwai decided to pursue a public policy degree.

“The most exciting thing about a liberal arts degree is that the whole point is to figure out what you don’t know and what kind of subjects make you feel excited and passionate.”

After graduation, Kwai held a fellowship with The Atlantic Magazine for about a year. Learning both the business and editorial sides of the business, Kwai then landed an editorial assistant job at The New York Times office in Sydney, Australia. In 2020, Kwai was given the opportunity to continue writing for The New York Times in London - which she accepted.

Since moving to London, Kwai has been covering world events. After the United States’ withdrawal from Afghanistan, Kwai wrote several articles discussing the evacuation and those impacted. Specifically, her piece on a university in Bangladesh evacuating female students was one that stuck with Kwai. The heartbreaking decisions real people were faced with brought home the humanity in the headlines, she said.

“I see my job as conveying what they’ve seen and what they’ve experienced to our readers. It’s definitely meaningful to me to be able to do this. ”

As a journalist, Kwai said being a people person has benefited her reporting. She enjoys being able to travel and coming to understand the values and motivations that drive people who belong to different communities, creating relationships with people and helping share their stories.

Kwai attended the infamous Deni Ute Muster – an annual gathering in the rural town of Deniliquin, Australia, celebrating the plains and “utes,” utility vehicles - in 2018, where she met and spoke with countless individuals about the reasons they attended.

One of the fun things about being a journalist is the way stories find and/or come back to you, she says. Kwai described a time when she had interviewed a young woman for one piece but ended up writing about her for something totally different.

“In the course of reporting out a story about a Black Lives Matter activist this summer, I attended a new political party Taking the Initiative Party in South London held a meeting trying to recruit new members,” she said.

Kwai met 19-year-old Dorea Nengese there, and they spoke about the current political climate and about the meeting.

A few weeks following, a reporter was working on a story about young students and their thoughts on how they have been taught about 9/11.  Kwai was contacted to see if she knew any young people, and luckily Kwai had that Nengese’s contact information from the meeting in South London earlier. Nengese was one of 12 students featured in the later story.

“You just have to go out there and meet people, and someone will say something somewhere and then you have a story.”

Looking back at her time at Duke, Kwai is grateful for the opportunities and skills gained as a Blue Devil. She wishes she could have told her young self to enjoy it more, and to “have a degree of self-belief that I can make [my] own decisions.”

“Duke was great in exposing me to things I would not have otherwise seen or understood.”

So, what is a New York Times journalist’s advice? To those graduating, for them to not forget to have an open mind and keep learning. Kwai wants all to rest assured that thinking critically, being able to come to your own conclusions, and creating your own narrative are all talents that come in handy in the real world.

“There is a long life and career ahead.”

Lily Coll works in the Sanford Communications office as a student assistant. She writes faculty and alumni stories, assists in media relations and helps with newsletter content. Coll is a senior in the Trinity School of Arts & Sciences studying Public Policy and Political Science.

Outside of the office, Coll is the president of the all female a cappella group Lady Blue, as well as a sitting member of the Duke Student Alumni Board. She is a Duke Key Tour Guide, writes for the Duke Chronicle, and is involved in Duke Hoof N Horn.