For the past several years, Stan Litow has contributed his expertise in corporate social responsibility, education and innovation to students in the Sanford School of Public Policy at Duke. This fall, he does so with a new title: Accenture Visiting Professor of the Practice.

As the school’s “innovator in residence,” he has offered courses on the “Politics of Education” and the “Role of Business in Society.” This year, Litow will also offer a new executive education program at the Sanford School on corporate social responsibility (CSR) for leaders.

“I am extremely excited about the opportunity not only to continue teaching about critical policy issues in my courses, but also to launch a new CSR executive education program to increase knowledge and awareness about CSR among corporate leadership. I want to help leaders understand not just what to do, but how to implement it,” Litow said.

“I am equally excited about continuing to teach students at Sanford because I want to help empower the next generation of leaders with the knowledge and experiences that can help solve critical societal problems.”

Born and raised in New York City and a graduate of NYU, Litow’s career began in NYC City Hall working for former Mayor John Lindsay. Litow led the New York City Urban Corps from 1969 to 1973, the “nation’s largest internship” serving 10,000 students citywide during that time. “I learned how the city works and how interns could positively affect policies of the city,” he said.

“There, I learned how change can be made and sustained outside of government. This was particularly important during the city’s close call of bankruptcy, where we were able to help avert some actions that would have disadvantaged the most vulnerable communities,” he said.

As Deputy Chancellor of Schools for the City of New York from 1989 to 1993, he created new school reform initiatives, including the small schools movement.

“I learned that innovation can be made if you build broad support behind your ideas and engage key stakeholders in building support,” Litow said.

Service to Community and Society 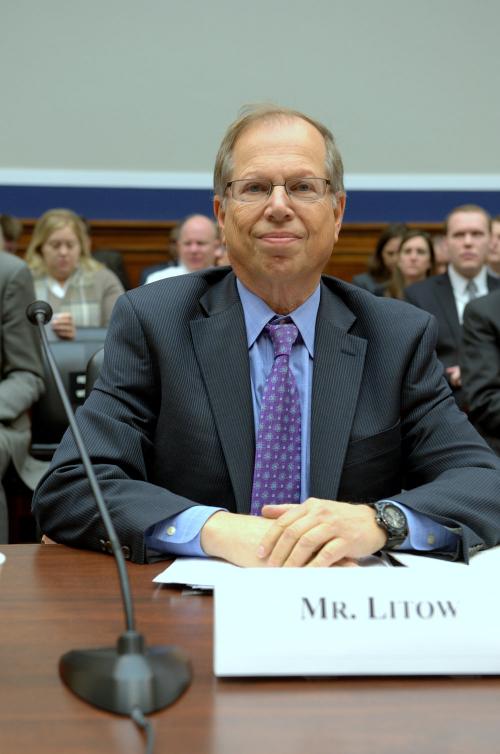 His service to community and society is a pattern throughout his career. Litow has served as a member of several high level presidential commissions for Presidents Obama and Clinton, including the President's Welfare to Work Commission and the President's Urban Affairs Council, as well as several gubernatorial commissions. He currently serves as Trustee of the State University of New York, where he chairs the academic affairs committee.

“Over my career, I have been proud to be a change agent in how companies support communities,” Litow said.

A long-term friendship at Sanford set the stage for the future.

“I had often spoken in Professor Joel Fleishman’s classes at Duke. When I was planning to retire from IBM, I mentioned to him that I was planning to write a book and explore teaching opportunities. He suggested that I consider teaching at Duke,” he said. 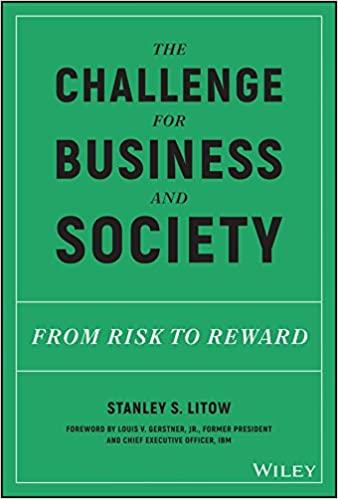 Litow is the author of the book, “The Challenge for Business and Society: From Risk to Reward,” published by John Wiley & Co. in 2018. He has also authored book chapters for Brookings publications, the Yale Law Review, MIT and Oxford Press. He has written numerous opinion pieces for The New York Times, The New York Daily News, and Forbes, and he currently writes a monthly column for Barron’s. He is a frequent speaker on public policy issues.

Whether writing, teaching or speaking, Litow is on a mission of change. Public policy matters, he emphasizes.

“We are in very challenging times, and we need desperately to get behind significant policy changes that will improve the lives of so many who need help. However, to make change in positive ways, you need knowledge and experience,” Litow said.

Mallory SoRelle graduated with honors from Smith College in 2006 without ever taking an undergraduate economics class. She was more interested in politics, specifically campaigns, elections, and topics of increasing political engagement for marginalized communities. Then, she found herself in a front row seat witnessing the unfolding of the Great Recession.