Highlighting the work of Professor Kenneth A. Dodge

As a graduate student in clinical psychology at Duke University, Ken Dodge worked with children who had been hospitalized in the mental health facility in Butner, N.C. 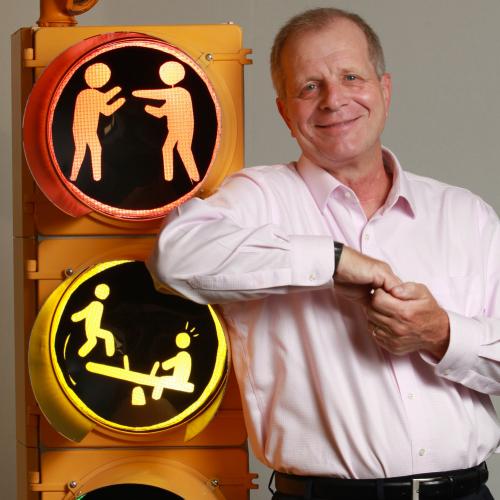 “I had a patient named ‘Rocky,’—That was his baptized name,” Dodge said. One day Dodge saw Rocky at the edge of a crowd in the hallway, watching some sort of disturbance. Dodge walked up behind the boy.

“I tapped him on the shoulder and he punched me in the gut. He was aghast when saw it was me.” Rocky apologized profusely, explaining that, “You could never be too careful.”

“I realized that was the world Rocky lived in—always under threat,” Dodge said. He was in a state of constant hypervigilance, a byproduct of having been abused.

Dodge has devoted his 40-year career to helping kids like Rocky. The question that shapes all his work is, “How can we prevent children from growing up to kill each other?” Dodge researches the causes of aggression in children and develops and tests interventions to prevent aggressive behavior throughout their lives.

Origins of aggression in children 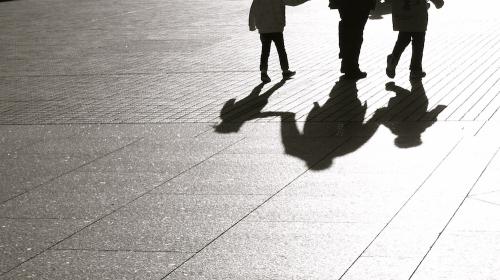 After a decade of research, Dodge developed the idea that aggression in children was the result of what he called “defensive processing.” People trapped in this pattern of behavior interpret cues as hostile, which triggers emotions of anger and fear. They respond aggressively and then evaluate their response as justified. The aggressive behavior leads to social rejection by peers, which reinforces the defensive processing.

Such a complex chain of actions and reactions did not have a “silver bullet” solution. One of Dodge’s early studies on aggressive school-age boys in Durham, N.C., was “a complete failure.” Direct persuasion and punishment had no impact on the boys’ behavior, he said.

Children who are maltreated in early life, from the ages one to five, develop a defensive processing style.

Where does defensive processing come from? Dodge asked.

“We haven’t found it in their genes, but we have found it in their experience. Children who are maltreated in early life, from the ages 1 to 5, develop a defensive processing style,” he said. It is adaptive in their abusive situation, but maladaptive in other settings. If this behavior is learned, he reasoned, then children can also learn different behaviors that will avoid the aggressive response and serve them better throughout their lives.

Dodge researched the skills that help aggressive children change their defensive processing.  The skills include how to:

In the early 1990s, Dodge and a team of colleagues used these insights to develop the Fast Track Program, a long-term project designed to provide children with tutoring and the social skills to regulate their behavior. Children from similar schools in four communities – Durham, Nashville, rural Pennsylvania and Seattle – were recruited for a sample of 891 children.

“These were highly aggressive kindergarteners,” said Dodge. Their aggression led to rejection by their peers, which increased their isolation. 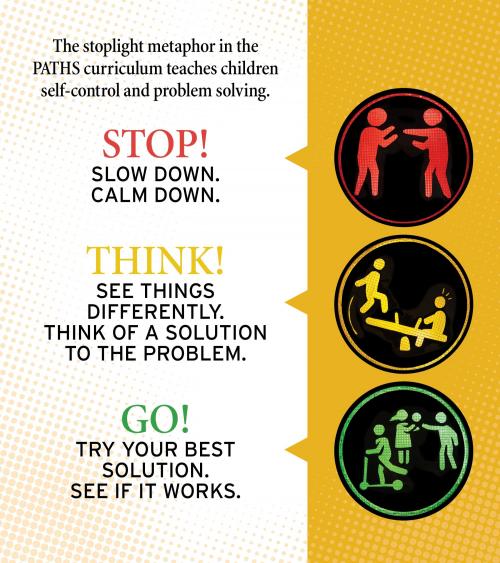 Fast Track participants are still being followed, and are now in their early 30s. More than 100 research papers based on the Fast Track data have shown the intervention group has better outcomes on all measures, including substance abuse, arrests, overall well-being and even civic participation.

“We can prevent serious violence and psychopathology among the group of children who are high risk,” Dodge said. “Far from being doomed from an early age, at-risk children can be helped to live productive lives.”

The program also developed a curriculum called PATHS, which teaches social and emotional skills. “We developed the stoplight system, and painted red, yellow and green circles on playgrounds and desk tops. Red was a reminder to calm down, yellow to think about the problem and green was to try the solution,” he said. PATHS has been used in 24 countries with more than 400,000 children. 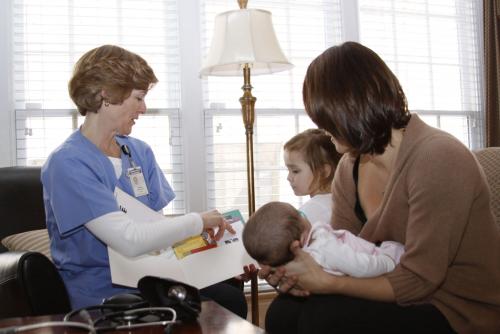 The success of the Fast Track program led Dodge to wonder: “Can we apply similar concepts to prevent child abuse at the population level?”

With support from The Duke Endowment, Dodge put together a team to prevent child abuse in Durham County. They created a new program, Durham Connects. Launched in 2008, the program sends a nurse to visit the family of every newborn in Durham County, free of charge. The nurse does a health check of the baby, identifies needs and connects the families with community resources.

A follow-up trial found positive results. Infants in the Durham Connects program used half as much emergency care through their first year. Their home environments were more child-friendly and their mothers had lower rates of clinical anxiety. The researchers estimated the program saved approximately $3 on health care costs for every $1 spent. Best of all, investigations into abuse of preschool children in Durham dropped by 36 percent. 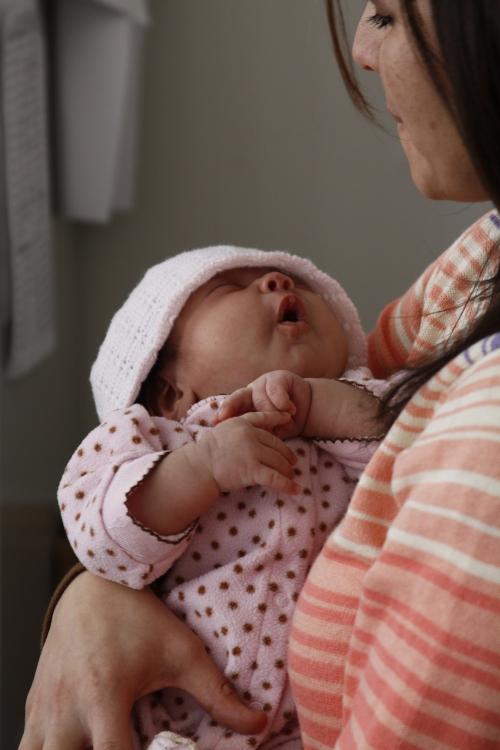 “It has had a real preventive effect,” Dodge said. He and his team are continuing to monitor the Durham Connects families until the babies are 5 years old.

The program expanded in 2014. It is now called Family Connects and provides nurse home visits in four rural North Carolina counties. This is a more challenging setting, as it is a much wider geographic area with fewer community resources. The Family Connects model is expanding nationwide, with programs launched in twenty-four communities throughout the country.

Many current practices for dealing with aggressive children are not only short-sighted, but make the problem worse, Dodge says. “Some of the most common policies — such as in-school suspensions, tracking and residential care — group aggressive kids together and make them worse,” he said. “Zero tolerance policies just confirm the child’s defensive processing.”

“What they need are consequences for misbehavior, rules that provide opportunity for regaining status and the social-emotional tools to change,” he said. 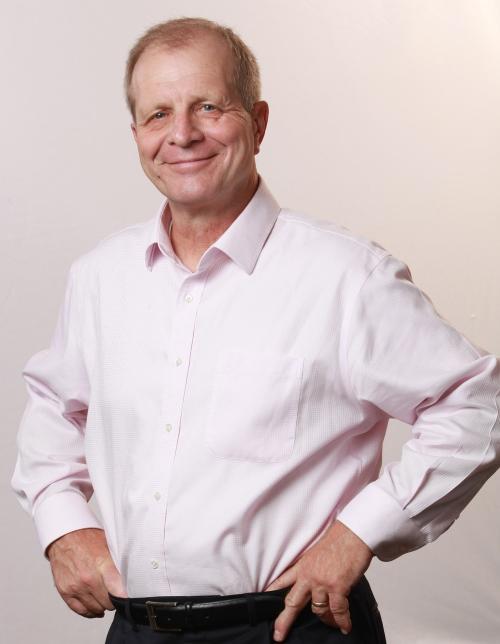 Growing up in a rough neighborhood on the South Side of Chicago, Ken Dodge wanted to be a juvenile court judge. He knew of lots of kids who were caught up in the justice system because of violence, and, “I thought it would be a good way to help people,” he said.

As an undergraduate at Northwestern University, Dodge was a pre-law student, but then fell in love with science. He applied to law school and to graduate school at the same time. Science won out, and he came to Duke as a graduate student to study psychology in 1975. He earned his PhD in clinical psychology in 1978, and served his internship at Duke University Medical Center.

Dodge joined the Sanford faculty in 1998. The next year, he founded the Duke Center for Child and Family Policy, which promotes research, teaching, policy engagement and service. He is the president-elect of the Society for Research in Child Development. He has received many honors for his work, including membership in the National Academy of Medicine, the J.P. Scott award for lifetime contributions to aggression research, a senior scientist award from the National Institute on Drug Abuse and a research scientist award from the National Institute of Mental Health. Most recently he received the 2017 Distinguished Scientist Award from the Child Mind Institute.

Check out the research of other Sanford faculty.