The Big Idea - Baby Bonds: A Leg Up for Everyone

If William A. Darity’s “baby bonds” idea had a theme song, it would be the famous blues tune by Billie Holiday, “God Bless the Child.”

but God bless the child that’s got his own.”

But what about the child who doesn't?

Darity and his colleague Darrick Hamilton propose giving every newborn in the United States a “baby bond” at birth, to be held in trust until the child reaches adulthood. It would belong to the child, not to the family. The trust could provide capital start-up funds – an endowment to begin asset-building, to help pay for college, to buy a house or to start a business. 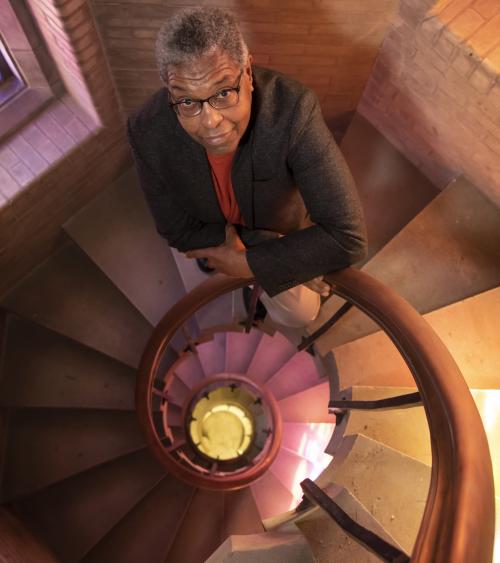 Darity became an economist to study the problems of poverty and inequality and to develop policies to combat them.

“I made the assumption that because economics was about money, that it would be the discipline to do that kind of study. I was very quickly disappointed by the approaches economists used to understand poverty and inequality,” he says.

Over his career, Darity has developed different approaches to examining inequality. He is a leader in the subfield of stratification economics, which examines how group-based identity, social beliefs about groups and self-interested economic behavior interact to reinforce inequality and poverty.  As founding director of the Samuel DuBois Cook Center on Social Equity at Duke, he oversees a collective of scholars researching the causes and consequences of inequality and possible policy solutions.

His research projects don’t look solely at the wealth gap between black and white households. Hamilton, newly-appointed director of Ohio State’s Kirwan Institute, was one of Darity’s PhD students at UNC, Chapel Hill. They are co-investigators on the National Asset Scorecard for Communities of Color (NASCC) study, funded by the Ford Foundation, collecting and analyzing data from six U.S. cities. The study details the relative wealth of subgroups of people of color, such as people of varied national origins for black, Latino and Asian households and white households. 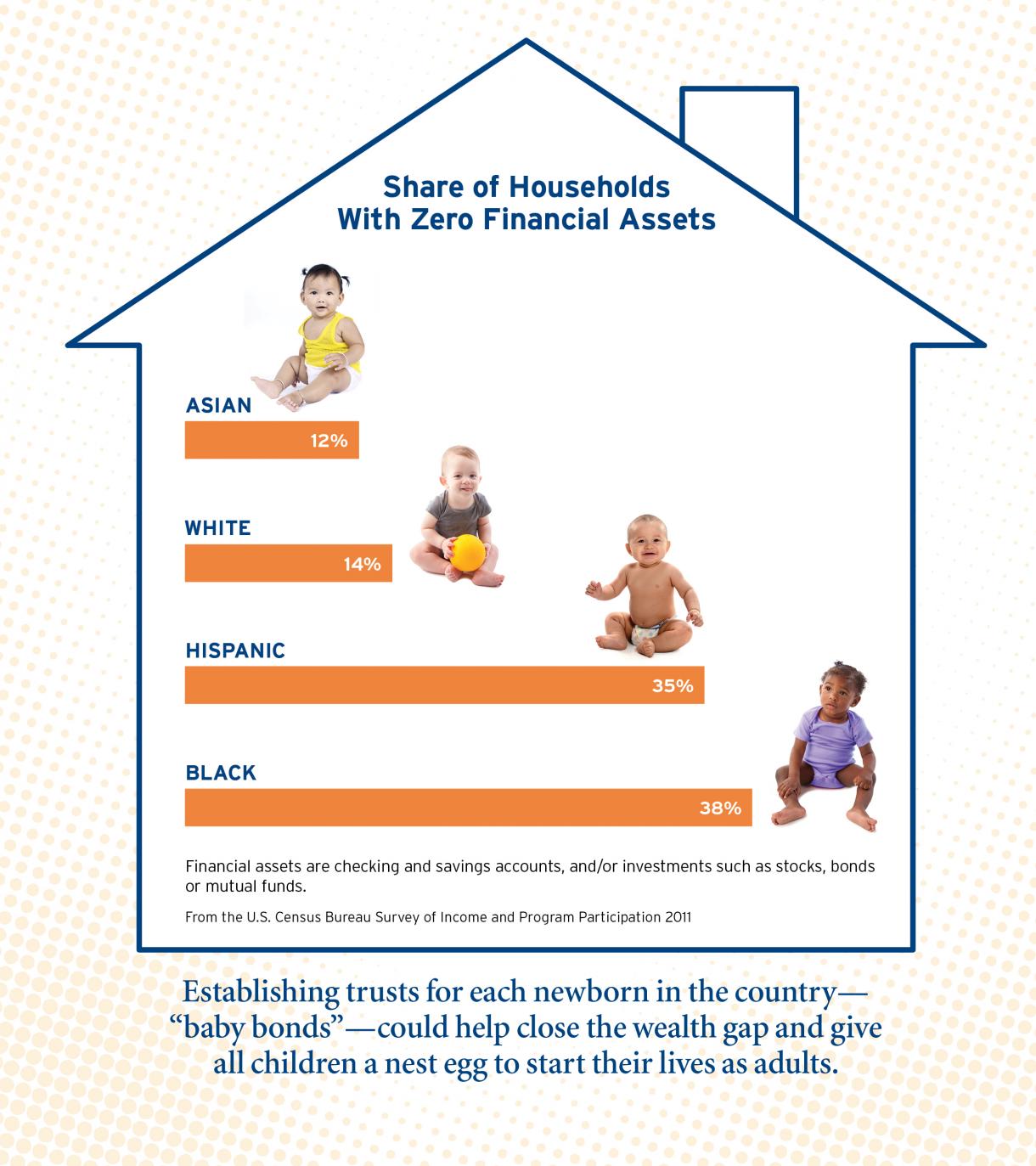 The United States has wide and growing disparities in wealth—the combination of resources such as cash, investments, and real estate that remain after subtracting debt. Currently, one percent of households hold 40 percent of the nation’s private wealth, while the bottom 90 percent hold only 30 percent of the wealth and 70 percent of the private debt.

The wealth gap is even more dramatic when race is factored into the equation. In 2016, the Federal Reserve’s Survey of Consumer Finances found that median household wealth was $171,000 for white families and just $17,600 for black families.

The NASCC report, The Color of Wealth in Boston, found that white households in the Boston area had a median net worth of $247,500, while that of a U.S.-born black household was $8.  In a companion report, The Color of Wealth in Los Angeles, NASCC researchers found that in metropolitan Los Angeles, white households had liquid assets valued at $110,000, while Japanese households at $140,000, U.S.-born blacks had $200 and Mexicans had $0.

A lot of people have the impression that the major way in which people amass wealth is through savings out of their income. That’s not really the case.

This wealth gap is a key factor in inequality, because “wealth gives you choices,” Darity says. Wealthy families can live in better neighborhoods, finance their children’s education, pay for health care, access capital to start a business, and hire good lawyers if their members face legal trouble. It provides stability, and a cushion to financial shocks such as job loss or serious illness.

Household wealth can be passed down through the generations. Not just through inheritance, but through wealth transfers at critical points, such as giving children a debt-free education, or money for a down payment on a house. Such transfers mean that those offspring can develop more assets that outweigh their debts.

Income Not Enough to Close the Gap

“A lot of people have the impression that the major way in which people amass wealth is through savings out of their income. That’s not really the case,” said Darity.

“I have come to recognize that wealth is more important than income.”

Among families that do save out of their income, black families save at a slightly higher rate than white families, Darity points out. Low-income families of all races face barriers to accumulating wealth through savings, such as lack of access to banking services that don’t require hundreds of dollars in minimum deposits or high fees and lack of access to credit to cope with small emergencies.

“Financial literacy without finance is meaningless. There is no magical way to transform no wealth into great wealth simply by learning more about how to manage one’s monetary resources,” he writes.

How would baby bonds work? It would be a universal program that gives seed capital to every newborn infant in the United States, “like a Social Security program for babies,” Darity said. The federal government would establish a trust for every newborn.

Children born to the poorest families would have an initial investment of as much as $50,000. Children of wealthy families also would receive a bond, but a much smaller amount, perhaps as little as $500 for Bill Gates’ children. The average amount would be around $25,000. The program would cover all newborns without considering race, but would help close the racial wealth gap because black households are clustered at the bottom end of the wealth distribution.

Baby Bonds would be a universal program that gives seed capital to every newborn infant in the United States, "like a Social Security program for babies," Darity said.

The trusts would have a guaranteed interest rate of 1 percent above the inflation rate. The payout is made when the child becomes an adult, but the funds may be limited to use for approved asset-building purposes, such as higher education, starting a business or buying a home. The program also would include financial training initiatives and fraud prevention.

But what would it cost? There are approximately 4 million babies born every year. With an average initial investment of $25,000 per child, the program might cost $100 billion, with another $5 to $10 billion in administrative costs. The federal government already has programs to encourage asset building, however, many of them, such as the mortgage interest deduction, tend to help the wealthy.  The baby bonds program could replace some of these current anti-poverty programs and be financed with the savings.  Baby bonds would cost about 2 to 3 percent of the federal budget. And it would be 18-21 years before the first payouts would need to be made.

The baby bonds idea has attracted the attention of some politicians. Senator Cory Booker (D-N.J.) has drafted legislation that includes the concept. It’s unlikely to be passed, but Darity is not discouraged.

“If this were 1815 in the United States, people might say ‘There’s no point fighting against slavery, because you will never get rid of it’,” he says. “If you don’t have folks who think about changing the world in dramatic ways, then the world will not change in dramatic ways.”

About William A. Darity, Jr.

William Darity’s commitment to social justice began in the 1950s in Alexandria, Egypt, where his father worked for the World Health Organization. Family friends would take him to the beach on outings. Even then, he recognized differences. Friends whose parents were domestics went to a beach that was crowded, dirty, and occasionally unsafe. Friends whose parents were military officers went to well-appointed beachfronts.

Back in the US, the family visited his maternal grandmother in Wilson, North Carolina, a town with the classic divide between black and white communities: the railroad tracks. As southern “Negroes” they, of course, stayed on the black side.

Darity holds a BA from Brown University and a PhD in economics from MIT. He taught at the University of Texas in Austin, and then at UNC at Chapel Hill. In 2009, he joined the faculty at Duke’s Sanford School of Public Policy on a full-time basis.

He is a past president of the Southern Economic Association and the National Economic Association, and received the Samuel Z. Westerfield Award, the organization’s highest award. He has been a fellow at Stanford’s Center for the Advanced Study in the Behavioral Sciences, and a visiting scholar at the Russell Sage Foundation. At Duke, he has served as the chair of the department of African and African American Studies (2010-2013) and is founding director of Duke’s Samuel DuBois Cook Center on Social Equity.