Ambassador To The U.N. Nikki Haley To Speak At Duke

DURHAM, N.C. -- Nikki Haley, the U.S. ambassador to the United Nations and a member of President Trump’s Cabinet and National Security Council, will give a free public talk on Thursday, April 5, at Duke University. 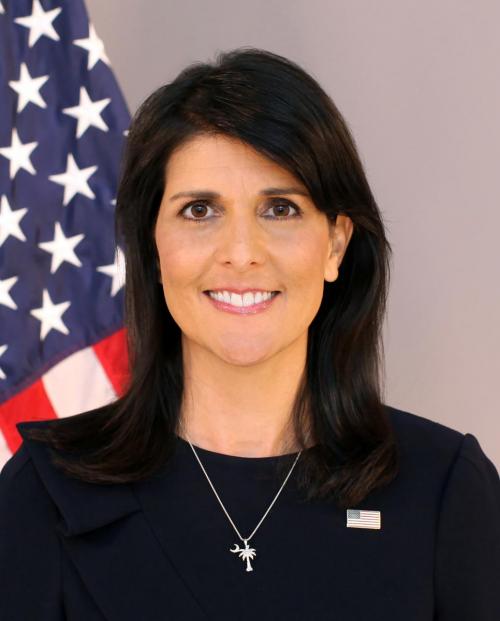 The Terry Sanford Distinguished Lecture, “Confronting Today’s Global Governance Challenges,” will take place from 5:30 to 6:45 p.m. in Page Auditorium. Parking is available in the Bryan Center Parking Deck. Tickets go on sale Tuesday, March 20, at the Duke Box Office, or online at tickets.duke.edu.

As ambassador, Haley has supported continued sanctions against Russia for its actions against Ukraine and programs in support of human rights. At the U.N. Security Council, she negotiated for the unanimous passage of the strongest sanctions ever placed on North Korea.

Peter Feaver, a professor of political science and public policy and director of Duke’s Program in American Grand Strategy, will interview Haley.

“Ambassador Haley has a pivotal role in American foreign policy. The United Nations is at the center of many of the most contentious and critical foreign policy challenges the Trump administration must confront, and the ambassador has played one of the leading roles in advancing American interests and forging cooperative relations with like-minded partners in the current environment,” says Feaver. “She has also earned a reputation as a forthright and compelling articulator of America’s role.”

Previously, Haley served as governor of South Carolina from 2010 to 2016.

The Terry Sanford Distinguished Lecture is made possible by support from the William R. Kenan Charitable Trust, and is presented by the Sanford School of Public Policy and the Program in American Grand Strategy.

This event is part of the yearlong centennial celebration of the late Terry Sanford, Duke’s president from 1970-1985, and is part of the 10th anniversary of the Program in American Grand Strategy.