A cancer diagnosis can be overwhelming. Trying to find an oncologist to provide a second opinion is difficult in many locations due to wait times or geographic distance, making decisions about treatment even harder for patients.

Hua Wang PPS’03 is a cofounder and CEO of SmartBridge, a startup based in Washington, D.C. that connects oncologists with cancer patients who want a second opinion or guidance. Several members of Wang’s family had been affected by cancer and she saw the idea as a way to help others.

Launching a startup is something Wang had wanted to do for years.

“It’s in my DNA,” Wang said. “I have family members who were entrepreneurs. I was fascinated by it.”

Before beginning her entrepreneurial experience, Wang took a traditional path. After graduating from Duke, she worked in consulting for several years before heading to law school at Northwestern University.

While there, she made her first foray into the world of startups, creating an online game that would allow energy customers to use their power efficiently.

Although that attempt did not work out, Wang said it taught her lessons she would incorporate later on. It was also the happiest she’d been at work.

“It really made me bold,” Wang explained. “It’s ok to ask for advice and reach out to people. You have to hustle.”

She went to work at several large law firms but realized she felt stressed and bored.  fellowship opportunity with the Kauffman Foundation allowed her to study entrepreneurship.

SmartBridge started out small. Wang, in partnership with three cofounders, launched the idea in its current form in October 2016. After pitching the concept at a breakfast event and receiving a positive response, they decided to go through with it. Now, more than 50 oncologists are signed up to use the site.

SmartBridge’s website offers three services: users can request a same-day response from an oncologist, a next-day phone call, or a second opinion. The services were initially rolled out in North America and Europe, and received a positive response from customers, Wang said.

Over the longer term, the company hopes to incorporate artificial intelligence into its processes and become a source of patient-reported data that researchers can use. The group has participated in several Kickstarter conferences, including one in Chile and another in the Netherlands, where she is now. The opportunities provide resources, mentorship and time to practice messaging.

Such accelerator programs are extremely competitive. For the one in the Netherlands, more than 1,000 entrepreneurs applied. 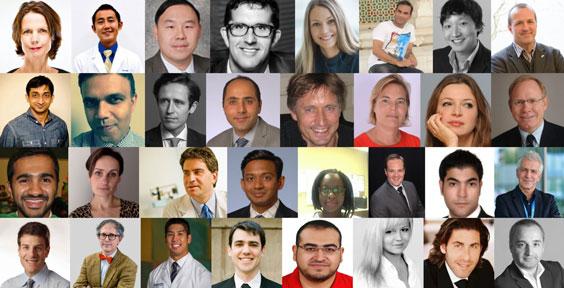 “You really have to believe in your idea 100 percent,” she said. “You have to have the passion. I work crazy hours and I don’t take time off.”

She praised the public policy major for giving her analytical skills, leadership training and the drive to continue the work on a startup.

The public policy electives got her into the major, and she finished up with the core classes and a Markets and Management Studies certificate as an upperclassman. In particular, she recalled enjoying former Professor Betsy Alden’s course on women leaders and Professor Tony Brown’s enterprising leadership class. Wang worked for Boeing’s leadership center to satisfy her internship requirement.

Wang encouraged current students to take time to build relationships with their peers.

“Looking back, it’s all OK,” she said. “If you don’t have a job right after graduation, it’s OK. I wouldn’t take things so seriously.”