On May 4, 2020, the North Carolina General Assembly passed House Bill 1043, which among other things established the North Carolina Pandemic Recovery Office (NCPRO) to “ensure coordination of federal funds received by State agencies and local governments, and proper reporting and accounting of all funds,” including the $3.6 billion from the Cares Act.

“People love to use the analogy that you're trying to build a plane while you're flying it. And that's sort of what it felt like,” McGarrah said.

“We had to hire 12 people and get them up to speed, continue to get the money to recipients, learn the constantly changing federal guidance, and do all of that in the first few months.” 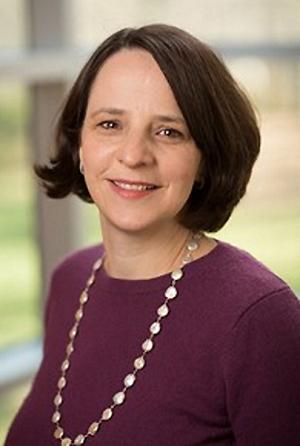 To make matters even more complicated, building a new office during a pandemic meant the interview and hiring process as well as all of the meetings and day-to-day communications of the office took place virtually. McGarrah recalled the first time everyone was able to meet during a socially distant planning meeting.

“We had an icebreaker where we had tried to guess everybody's height in advance, because one of the things you don't realize when you’ve never seen anybody in person is you have no idea how tall or short they are,” she said.

In fact, the day I interviewed McGarrah was the first time she had been able to visit the NCPRO’s physical office space.

The unorthodox establishment of the office is fitting for the work of the NCPRO, which on a day-to-day basis addresses challenges unlike any the state has seen before. The office works to address immediate challenges, such as advising state and local government and non-profit groups to ensure each are in compliance with federal guidelines from the US Treasury, guidelines which have undergone several changes in recent weeks.

“As a state, you want to get your money out as quickly as possible,” McGarrah says.

“But if you go too quickly, then you run the risk of doing something that they later say doesn't qualify and you're at risk of having to pay that money back to the federal government.”

Perhaps even harder is balancing assistance with also keeping an eye on the long-term strategic plan for North Carolina’s economic recovery.

McGarrah identifies three major phases to the strategic plan: relief – what is needed in the immediate short term; recovery – returning to the same strength as before the pandemic; and reimagination – looking at the systematic problems exposed by the pandemic that impact people, communities, and businesses and finding ways to make long term change. However, as McGarrah reflects, addressing the recession caused by the pandemic “is difficult because it hasn't behaved in the manner in which a lot of recessions have behaved before.”

For example, traditionally one of the first industries in North Carolina to be hit the hardest in a recession is the boat-building industry. Due to outside activities being some of the few things allowed under COVID restrictions, the boating industry has so many orders it cannot find enough workers to fill them.

While the NCPRO is an economically focused office, it collaborates extensively with the North Carolina Department of Health and Human Services to manage the balancing act of “making the economic cost as low as it can be” without “impacting the health side.” Bringing together healthcare and economic development has been a focal point of McGarrah’s professional career, which includes working as vice president of policy for the North Carolina Healthcare Association and as a consultant for UNC Health Care. The chance to do that at the state level compelled her take the job with the NCPRO.

Working at that intersection and with local business owners, clergy and nonprofits has allowed McGarrah and her team to find unique solutions to challenges. Challenges such as making government agencies aware of a sizable portion of Latino residents going to churches for food donations because they were worried about showing their IDs at food banks for fear of immigration issues.

In this job, McGarrah has found herself falling back on the skills she learned while at Sanford.

“[At Sanford] Part of your education is learning what you have to do and what you do not have to do and still accomplishing your job. And that's a valuable thing to learn, because that is exactly what it's like right now,” McGarrah said.

“You can rely somewhat on your past experience, but in a way, it's like starting all over. I think Sanford's focus on defining the problem, making sure you understand what the issues are, talking to stakeholders, the whole policy process and working your way through is essential right now.”

McGarrah knows that the NCPRO’s work is far from over but is proud of what they have done so far to help North Carolina recover.

“I'm most proud of our ability to get this money out the door quickly, in contracts that are sound, and to help all of the recipients understand what is expected of them. We know what we're doing. We’ve given people the time to spend the funds, we've helped them troubleshoot their problems, and we've done it in a very short period of time, which I think is what's needed to help North Carolina recover.”