Alumna Profile: Caroline Fairchild PPS'12 Is Changing the World of Media On LinkedIn

When people think of LinkedIn, they think of it is as the leading social media network for professionals. But today, LinkedIn is a growing source of news and original reporting. 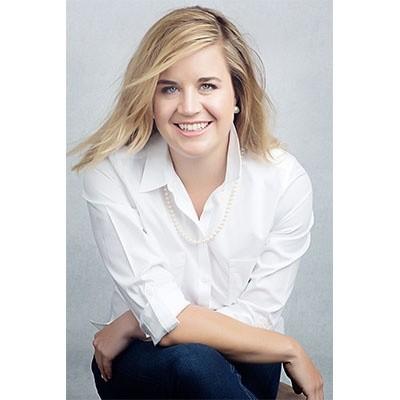 Running that side of LinkedIn’s operation is Caroline Fairchild’s job. Fairchild, a 2012 Duke graduate who majored in public policy, is the managing news editor at LinkedIn, where she oversees reporters who create content relevant for professional audiences.

Fairchild’s path to LinkedIn began with an interest in media she developed at Duke.

She was also an editor of The Duke Chronicle’s local and national news department. Upon graduation, she received a scholarship to intern at Bloomberg News. There, she fell in love with business reporting.

“I like to joke with people that I somehow found a career where people pay me to talk to interesting people all day,” Fairchild said. “All I do all day is talk to people who are impacting the world in really great ways. Being able to learn from them and then share that with millions of people who don’t have the same access is an incredibly rewarding way to spend your career.”

However, the internship with Bloomberg did not end with a job offer, which Fairchild said made her feel devastated. Determined to become a business reporter, she continued hunting for opportunities until she landed at the Huffington Post.

“I didn’t know it at the time but I really benefitted by the fact that I was learning at the same time as the industry leaders were learning how to distribute news effectively on the internet,” she said.

From Huffington Post, she moved to Fortune Magazine, which had just started the process of creating a new website. There, she was able to ascend quickly because she had a familiarity with digital content that many traditional reporters did not.

One of her major accomplishments at Fortune was launching The Broadsheet, an email newsletter targeted at women leaders in business. The company had noticed that its primary readership was older, white men but recognized that it needed to expand in order to stay relevant.

Fairchild began by contacting prominent women executives and asking them what they would want in a newsletter. From there, she tested different iterations of the newsletter.

“Ultimately that ability to think not just as a reporter but as a product strategist and an audience builder is what brought me to LinkedIn,” she said.

When she was hired in 2015, her job was to make sure tech professionals had great news and information in their LinkedIn feed. The decision to move over felt risky, since LinkedIn had a small team of less than a dozen editors. Three years later, the team has grown to nearly two dozen editors around the world. Fairchild works collaboratively with product managers and data scientists to help ensure that the content LinkedIn’s team produces and curates is effectively reaching targeted audiences in their news feeds.

Reporting for LinkedIn feels impactful because it comes with a built-in audience of LinkedIn’s 550 million users, Fairchild said. As host of the company’s podcast on the future of work, Work In Progress, she has interviewed well-known professionals, including fellow Duke alumna Melinda Gates.

“I’ve interviewed a lot of prominent business leaders and I typically don’t get nervous,” Fairchild said. “I got nervous with Melinda.” Gates ended up being easy to talk to and a reminder that “we’re all human.”

Fairchild noted that it is critical for members of the media to maintain a diverse array of skills—including computer science—as journalism continues to evolve in the digital age.

“You need to have a great sense for writing but also this component (that) I’m trying to learn on the job -- how news is distributed across the internet and what features are most useful to audiences,” she said. “At the end of the day, you can write the greatest story ever but if no one reads it, what’s the point?”