Alma Blount and the Art of Teaching Leadership

This fall, the Hart Leadership Program is beginning a quiet transformation. Director Alma Blount, who led the program for 17 years and taught in it for seven years before that, retired this summer and passed the torch to Professor Gunther Peck.

The program he inherits has had a transformational influence on Duke and on the teaching of leadership nationally, Peck says. Established in 1986, it was the nation’s first endowed leadership program for undergraduates.

“The Hart Leadership Program is one of Duke’s jewels,” he said. “It has been a pioneering incubator for programs at Duke, especially Duke Engage, which was modeled, in part, on the Service Opportunities in Leadership (SOL) course sequence and has become a hallmark of the Duke experience. And SOL has also been a model for programs across the country.”

Blount also was involved in the creation of POLIS, Sanford’s Center for Political Innovation and Service, Peck said.

Blount’s approach to teaching leadership was grounded in “adaptive leadership” courses she took with Ronald Heifetz at Harvard Kennedy School. At the time, she was pursuing her Master of Divinity degree in a program focused on religion in public life.

Blount had arrived at Harvard after spending the mid to late ’80s as an anti-war activist in Central America. Central American nations including El Salvador and Nicaragua were in the midst of bloody civil wars -- partially spurred by U.S. policy in the region. Part of Blount’s role was to organize trips for American religious leaders to visit the conflict zones and bear witness to the toll.

In 1989, six Jesuit priests at the University of Central America were brutally murdered by security forces, along with their housekeeper and her teenage daughter. She had known and respected them.

“When I heard about their deaths, it was a turning point,” Blount said. She decided not to go back, and instead got a scholarship and began graduate school.

During one class, she recalled, Heifetz asked her to describe and critically analyze a failure she had experienced as a leader. There were approximately 130 people in the class, most of them mid-career professionals from business and military backgrounds,

The leadership failure she had to describe dealt with her anti-war work. She was reluctant to discuss it in front so many people who might have supported U.S. policies in Central America. She hesitated. Her classmates began banging on the tables, chanting her name. She gathered her courage and proceeded with the presentation.

It was a cathartic experience, she said, and one that led to Heifetz inviting her to work with him as a teaching fellow.

­­­Blount says she hates using the word leadership. It comes with too much baggage, evoking for students concepts of authority and control. When she asks students to define leadership and authority, they often struggle to answer the question, as the two concepts are different but interrelated.

“Leadership is about opening things up and authority is about holding things together, and you need both,” she says.

Understanding the difference is an important part of Heifetz’s idea of adaptive work. For Heifetz and Blount, leadership is all about building the capacity of a group to respond to complex challenges. It requires being a keen observer of the particular conditions of a group and a problem in order to make valuable contributions. Asking questions is the “currency” of the approach.

Blount likes to use the metaphor of a balcony and dance floor. The dance floor is where the action is, and the balcony is where you can go to see the larger dynamics and forces at play.

Leadership is adaptive when it allows a group to respond to changing conditions and conflicts. Conflicts—if handled appropriately—are resources for sensing and addressing the underlying problems in a group.

“Leadership is the activity of getting people to open their eyes to the reality they are a part of, the context they are a part of, whether that is an organization or a country,” she said. “It’s the opening up to complexity with no cookie-cutter answers. It’s a learning activity that you engage in with others.”

Learning from lived experiences is key to the adaptive leadership approach, and college students have not yet faced many of the complex, real-world struggles that mid-career professionals have. As a result, when Blount first began teaching it in 1994, she faced skepticism that undergraduates would benefit from the approach.

Over the years, she developed a new pedagogy to teach adaptive leadership to younger learners, an innovation that she calls her major contribution to leadership education.

Crucial elements of her approach are structured, community-based research and service projects and reflective writing. Students in HLP’s Service Opportunities in Leaderships program have worked all over the world, from Nicaragua to South Korea to Kenya. They write a “Point of View” essay and “Letters Home” to elucidate their understanding of their work within cultures that are often completely new to them. To complement students’ life experiences, Blount uses documentary films as case studies in her adaptive leadership capstone course.

“When I was an undergrad, I had a yearning to be able to do this and I think my students have the same yearning,” Blount said. “My teaching has borne that out.”

Blount describes her teaching style as one of engaging with students to jointly create the course. It is a generative and energizing process, she says.

Peck, the new director of HLP, said, “For Alma, the priority was always teaching. She also created a space for inspired teaching.”

Tony Brown, for example, brings his background in business to his popular Enterprising Leadership Initiative courses. Robert Korstad, a Southern historian, grounds his teaching in real-world experiences and in issues of social equity. Steve Schewel, now mayor of Durham, brought is background as a journalist and politician. 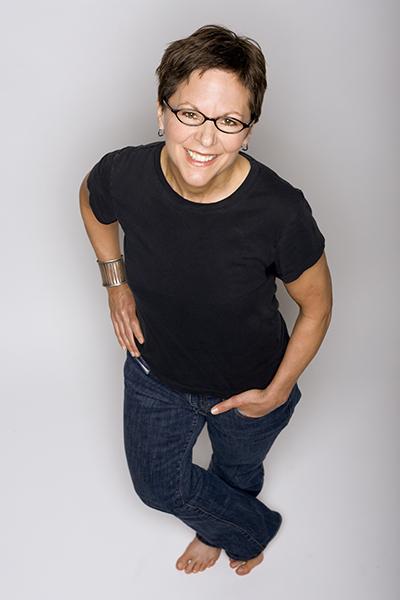 The common thread among them, Blount says, is deep engagement with conflicts.

“[Life] is all values conflicts,” she explained. “We can’t avoid them. There are ways to harness the energy of a group, no matter how conflicted, toward problem-solving work by locating common purpose.”

Blount says directing the Hart Leadership Program was an extension of herself, work to which she gave her all. Now, she plans to take a step back from work for a year. She and her husband plan to turn 30 acres of land surrounding their mountain house near Asheville into a meditation center.

After a break to re-center herself, she wants to get involved in political work. She isn’t sure exactly what form it will take but knows it will be deeply embedded in grassroots organizing.

“It will be anchored in North Carolina,” she said. “It’s part of my calling to get back involved with all of that.”

HLP is in good hands with Gunther Peck, she said.

“He’s a historian who is completely immersed in the politics of our day,” she said. “He’s all about reading the current context, but he’s also having that deep understanding that historical knowledge and study can bring to bear.”