5 Research-Based Ideas for the Biden Administration

The Sanford School of Public Policy faculty members have proposed a variety of ideas to the incoming Biden administration. Here are some examples. 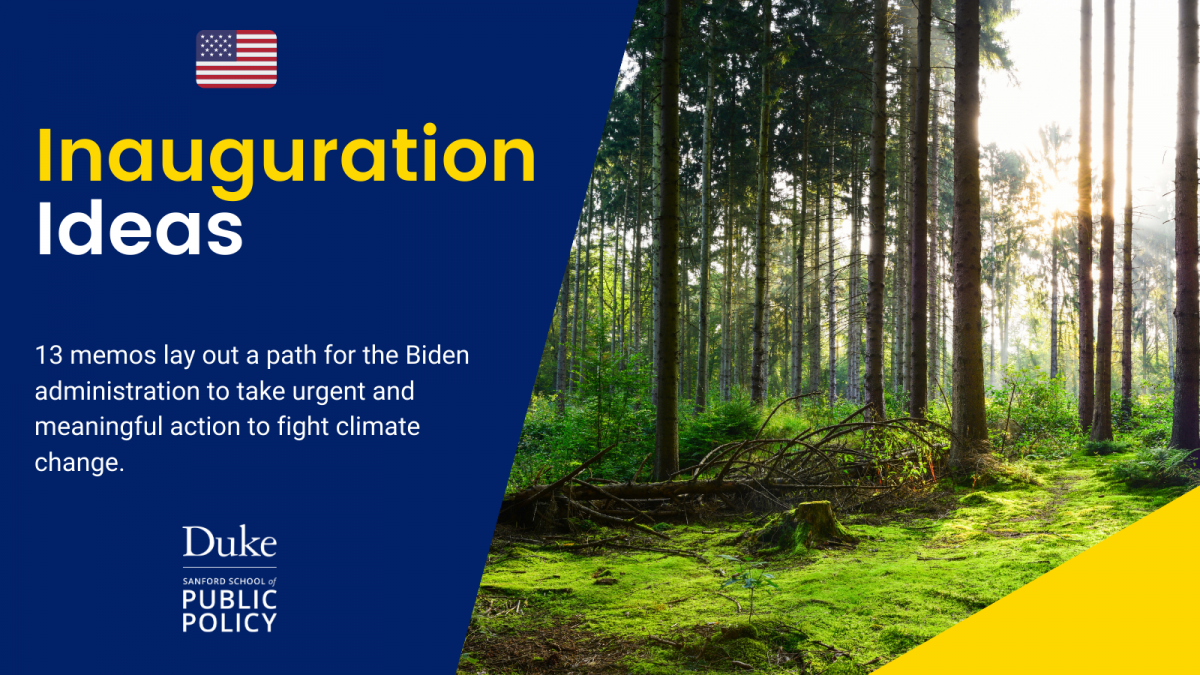 A project facilitated by Duke University’s Nicholas Institute for Environmental Policy Solutions lays out a path for the incoming U.S. presidential administration to take urgent and meaningful action to step up efforts to fight climate change starting on Inauguration Day.

The Climate 21 Project tapped the expertise of more than 150 experts with high-level government experience—including nine former cabinet appointees—to deliver advice for a climate response that could be coordinated by the White House and accountable directly to the President. The project’s recommendations were produced by a steering committee co-chaired by Tim Profeta, director of the Nicholas Institute and associate professor of the practice in the Sanford School of Public Policy, and Christy Goldfuss, senior vice president of energy and environment policy at the Center for American Progress.

Read more about the Climate 21 Project 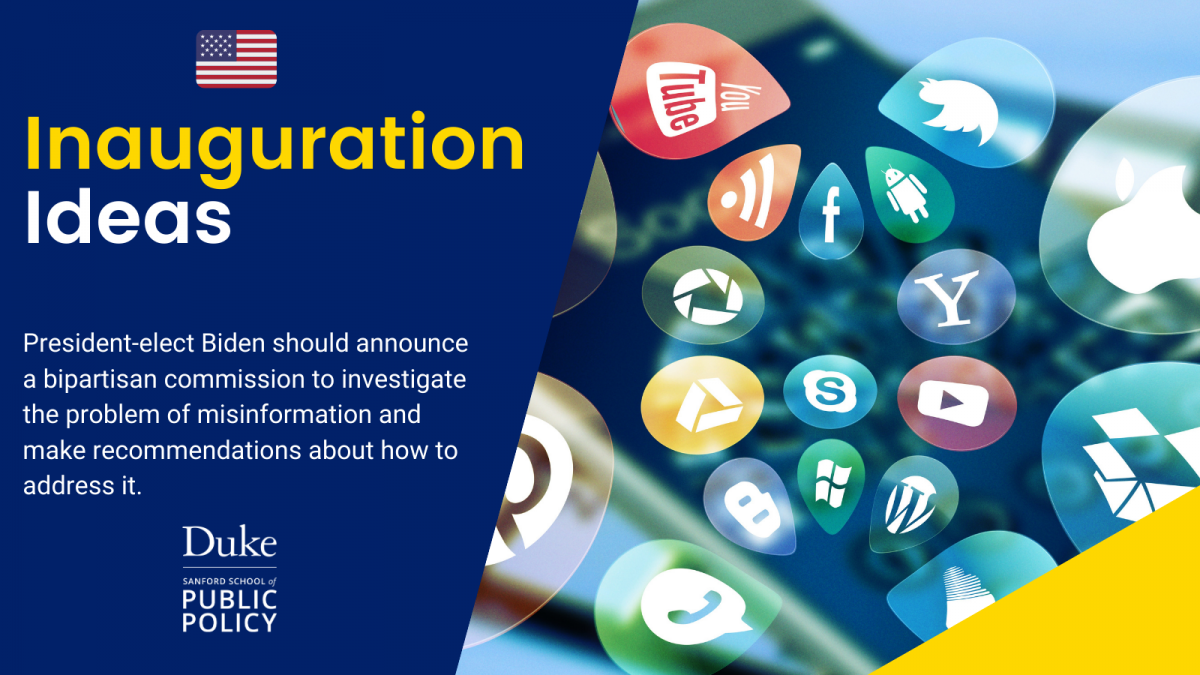 "Last week’s attack on the U.S. Capitol was based on lies. The mob that stormed the building was acting on a tidal wave of misinformation about the election that was spread by the president, his fellow Republicans and their supporters using a web of partisan media outlets, social media and the dark corners of the internet," argue professors Bill Adair and Philip M. Napoli. Adair founded Politifact, and Napoli authored "Social Media and the Public Interest: Media Regulation in the Disinformation Age.

"For the past four years, academics and journalists and philanthropists and foundations and tech leaders have thrown hundreds of millions of dollars and millions of words, plus countless conferences and reports — and yet the problem seems worse than ever. It’s time for leadership," they say. "In his first week in office, President-elect Biden should announce a bipartisan commission to investigate the problem of misinformation and make recommendations about how to address it. The commission should take a broad approach and consider all possible solutions: incentives, voluntary industry reforms, education, regulations and new laws." 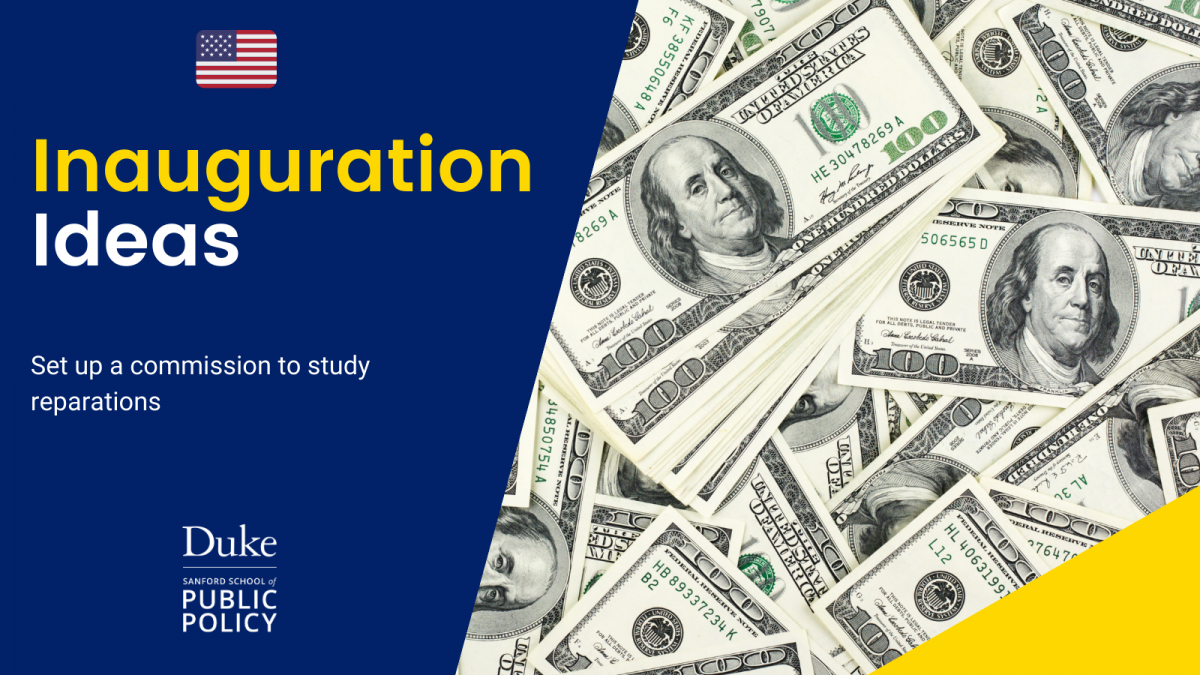 Reparations has been a hot topic in recent year, particularly when seen as a way to address stubborn economic disparities between Black and white Americans. President Biden has said he would support a study on reparations to address “the original sin of slavery, and the centuries-long campaign of violence, fear, and trauma wrought upon African American people in this country.”

In an article in Vox, professor William "Sandy" Darity agreed with this approach, noting that there was precedence for such a commission - a report about Japanese American reparations, Personal Justice Denied, was produced by the Commission on Wartime Relocation and Internment of Civilians. However, Darity warns the quality of the report is contingent upon who is appointed to the commission. 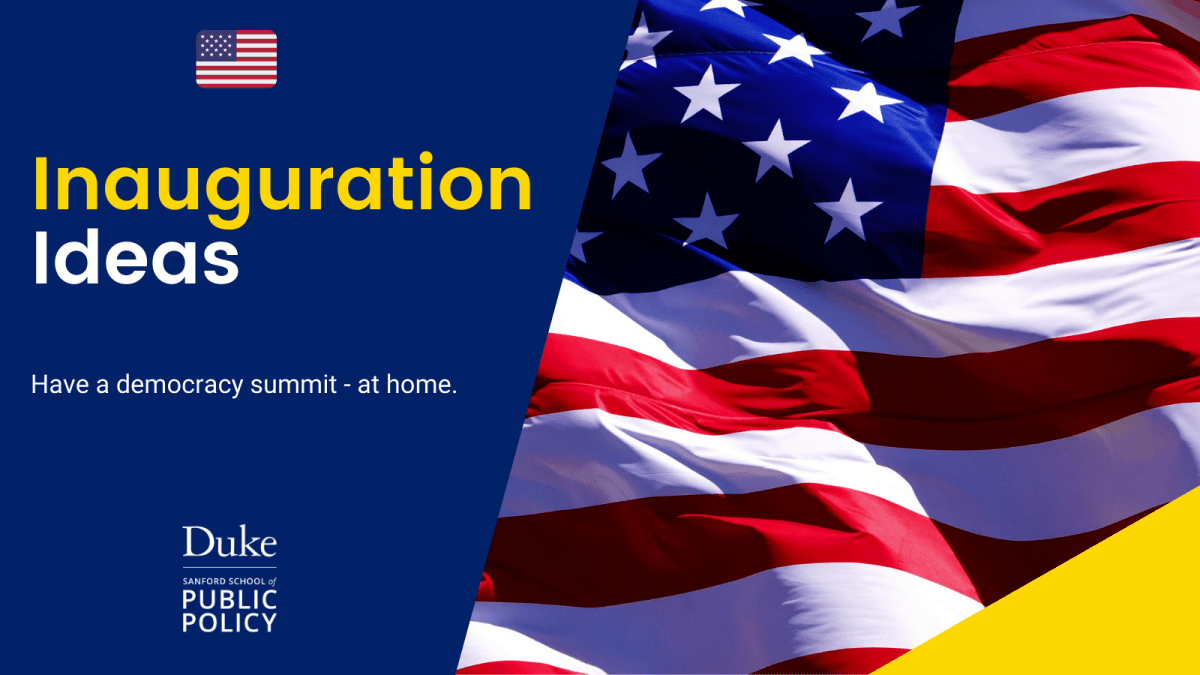 Joe Biden will be inaugurated as president at noon on January 20, with the expressed hope of declaring that 'America is back.' But the new president will face a world that has tremendous reservations about whether the country that has held the mantle of world leadership since World War II," argues Bruce Jentleson, the William Preston Few Distinguished Professor of Public Policy.

Jentleson says Biden's foreign policy agenda will depend on domestic renewal, and suggests a democracy summit here at home is needed.

We’re in a moment of transition in tech policy.  With the start of a new administration and fallout from the Capitol riots, there is increasing pressure to enact sweeping reforms in tech regulation. Sanford faculty member Matt Perault explores a recently-published a set of 10 principles to guide tech policymaking in a Biden Administration.