Hannah Miao PPS’21 is the winner of the Joel Fleishman Distinguished Scholar Award. The award is given to a graduating senior for the highest academic achievement in public policy. 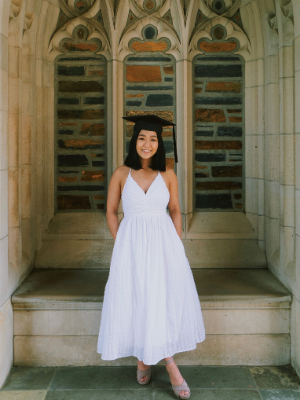 Miao came to Duke from a town just outside Cleveland, Ohio. A Baldwin Scholar, Miao was initially interested in studying diplomacy and foreign policy. She quickly became involved in the performing arts on campus, as a member in the acapella group, Rhythm and Blue, with the dance troupe, Momentum, and with the theater group, Hoof ‘n’ Horn. Miao served as the inclusion and accessibility co-chair for Hoof ‘n’ Horn and helped stage the first sensory-friendly performance at Duke of the musical The Wiz.

She was drawn to the public policy program because it was so interdisciplinary. “Public policy taught me analysis and research, and gave me strong writing skills,” she said. “It was a strong foundation to explore from.”

Miao also earned a minor in theater studies. Studying arts administration and arts criticism led her into journalism as an arts and culture writer for The Duke Chronicle.

In journalism, Miao found a place where her curiosity and her varied interests all came together.

“I feel like I came to journalism late (in my academic career),” Miao said. There wasn’t enough time in her schedule left to complete all the requirements for a certificate in Policy Journalism and Media Studies, but she found a mentor in Mark Stencel, co-director of the Reporters’ Lab at the DeWitt Wallace Center for Media and Democracy.

“Professor Stencel believed in me, shared wisdom and advice with me. He guided me and helped me grow as a writer and a reporter,” she said.

Miao worked with Stencel on an independent study while interning at the local weekly newspaper, INDY Week. When COVID-19 sent students home for the rest of the semester, she wrote a story about Cleveland’s AsiaTown and the struggles of the Asian American restauranteurs and merchants faced in the early days the pandemic that was published in Cleveland Scene. Anti-Asian racism caused drops in customers in February, even before the pandemic shut-downs and restrictions.

“Hannah is a great interviewer with an eye for good stories,” said Stencel.

“For the independent project that became Hannah's Cleveland Scene article, Hannah was doing interviews, sometimes in Mandarin, in a community that was in shock from blows to their businesses as well as a wave of anti-Asian discrimination. It was a scary time, still in the first months of the pandemic. Her story did what great journalism does best: telling the stories of people who aren't being heard,” he said.

Miao won a Fischer-Zernin Award for Local Journalism in the news feature category from the DeWitt Wallace Center for the article.

The Land, a non-profit news site, invited Miao to do a follow-up to the Cleveland Scene story. She eventually wrote six stories for them on issues including small businesses, the coronavirus pandemic and arts and culture.

During the summer of 2020, Miao was a marketing intern at The New York Times. In September, she became a digital news intern at CNBC, writing breaking news and enterprise stories, as well as contributing to the daily coronavirus blog and live election coverage. 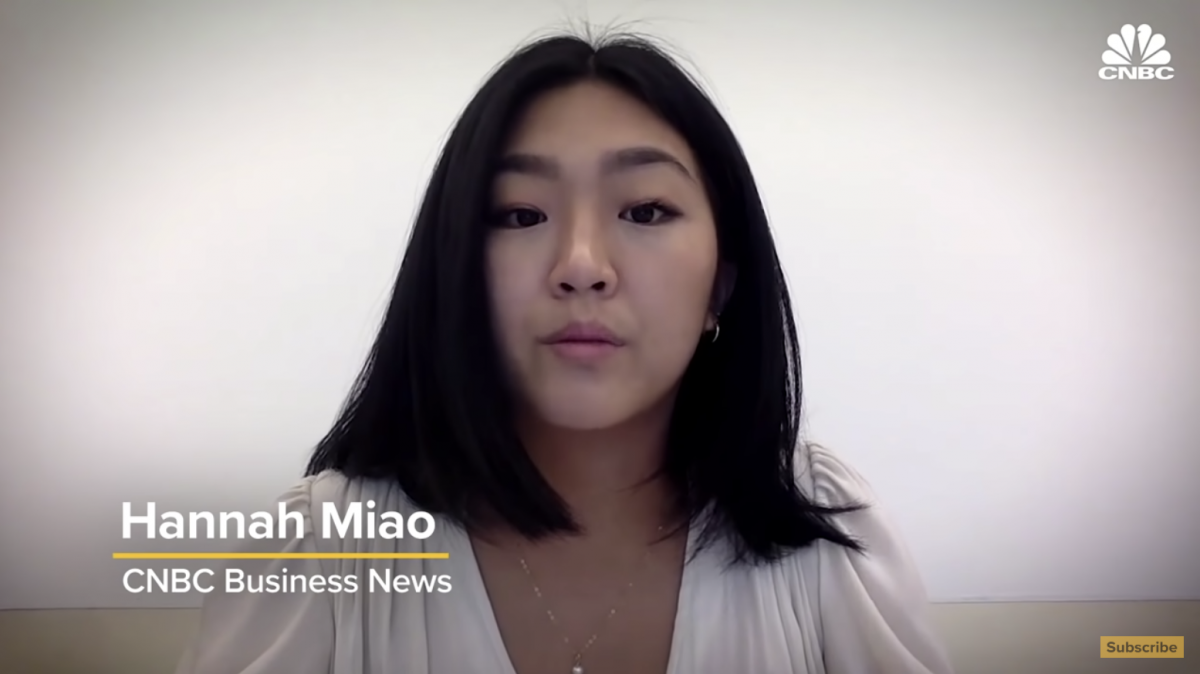 “Hannah is one of the most industrious students I've worked with, which is saying something around here. She makes things happen. I wasn't terribly surprised when CNBC invited her to extend her internship and keep reporting for another semester,” said Stencel.

This spring, Miao interviewed Sarah Bermeo, associate professor of public policy, about a policy brief on climate change and migration from Honduras. Bermeo had taught Miao in the introductory public policy course, PubPol 155.

“I can think of very few instances where my teaching, research, and engagement all come together in such a neat way,” said Bermeo.

Miao has accepted a full-time job as a reporter at CNBC after graduation. She will work virtually until the fall, and then will move to New York.