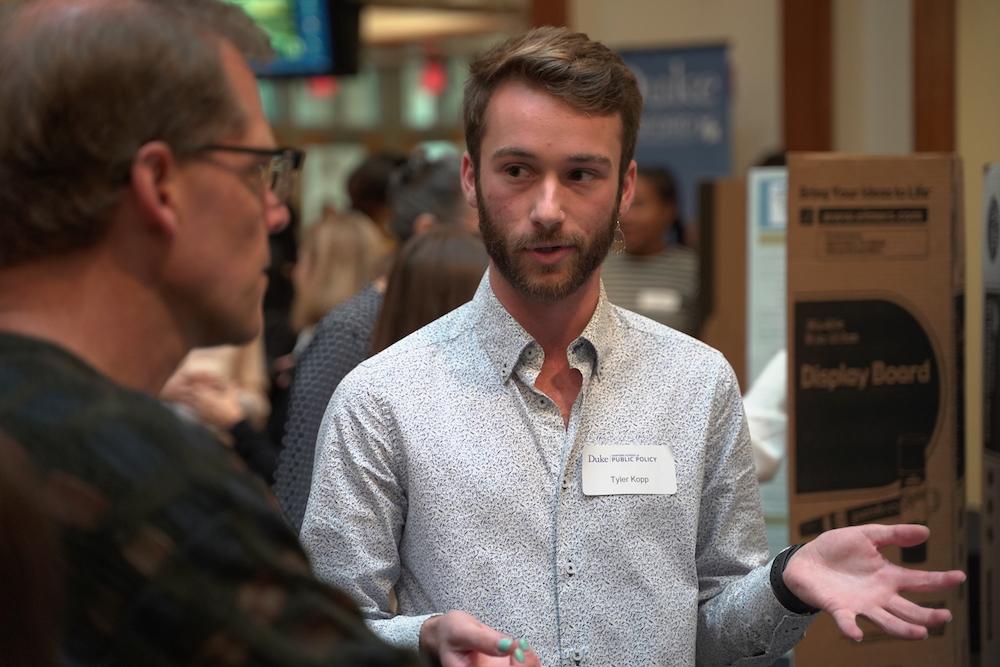 In the fall of his sophomore year, Tyler Kopp traveled to Mexico City with the Duke Immerse program, where he interviewed returnees who had been deported from the U.S.

Kopp, who majored in public policy studies and Spanish, knew that he wanted to write something bigger about deportation and family separation.

“I wanted people to see the aspects that are overlooked: how devastating it is to the families involved,” he said.

During that fall trip in 2017, Kopp met the directors of Otros Dreams en Acción (ODA), an organization that supports and advocates for people who were deported from the U.S. He kept in touch with them and returned to Mexico City to work with ODA in the summer of 2018. The following summer, he returned for his thesis research.

Kopp had always been interested in human rights, and the honors project was a chance to train a human rights lens on U.S. policies that separate Mexican-U.S. families.

For his thesis, he conducted interviews and a focus group with several Mexico City-based returned migrants who have family in the U.S. and in Mexico.  He also examined the history and evolution of deportation policies in the U.S.

Under the Trump administration’s “zero tolerance” policy, there is a push to detain and prosecute all migrants, especially those first crossing the border, resulting in children separated from their parents immediately. Stepped-up enforcement also means more families with members who had a mix of Mexican and U.S. citizenship were separated. Kopp’s thesis finding: The Trump administration’s policies, along with existing deportation practices, work in tandem to separate families every day.

Asked if anything about his research surprised him, Kopp explained that although he expected much of what he was told during interviews, he was shocked to hear many specifics of people’s experiences.

“I knew it would be devastating to hear these things, but you can’t be fully prepared,” Kopp said.

One interview in particular has stuck with him. A woman who has four children was separated from them when the youngest was 5 years old.

She told Kopp of a phone call where her daughter said, “Mom it’s really hard without you here with us, because when a mother or a father dies you say, OK they have died and I’m no longer going to see them. But it’s harder knowing that you’re there, that you can’t be with us.”

These family separations cause breaks in the relationship that can seldom be repaired, he says.  U.S. policy does not allow deportees to apply to return legally for several years. The burdens of long-term family separation include trauma, financial stress and mental health complications.

His thesis included with a number of policy recommendations, including a truth commission on family separation as a human rights violation and changes in transnational policies that could stop separations and reunite families.

Kopp will be returning to work with ODA as a Hart Leadership Fellow this summer.