MPP Graduate Makes a Difference Locally and Globally; On Path to MD

This May, Julian Xie is graduating with his second Duke degree – his Master of Public Policy (MPP). By next year, he plans to complete his third Duke degree – his MD. He is quick to point out the complementarity between the two advanced degrees with his focus on improving health and food systems.

“My interests are around food policy and food systems. I knew I wanted to get a non-medical perspective across disciplinary lines. I think the MPP has given me more skills to communicate about and analyze health topics as a medical student,” Xie said.

After majoring in economics/pre-med with a music minor as an undergraduate, Xie pursued the MD/MPP dual degree at Duke, an interdisciplinary five-year program for medical students interested in global health issues and policy to improve population health and health systems.

He has maximized his academic experiences around his passions of food policy, food systems and health – starting with his alternative spring break at the Duke Campus Farm as an undergraduate.

“That year, I met Kelly Brownell, director of the World Food Policy Center and former Sanford dean. From him, I learned about optimal defaults: making the healthy food choice front and center, so it’s the easiest to choose. It was the first time I thought a lot about food. Where does food come from, and how do we get healthy food to people who need it?”

He continued his food/health journey as an MPP/MD student. As a Margolis Scholar, Xie received a prestigious scholarship that has created opportunities to learn in depth about health care, health systems and community health. 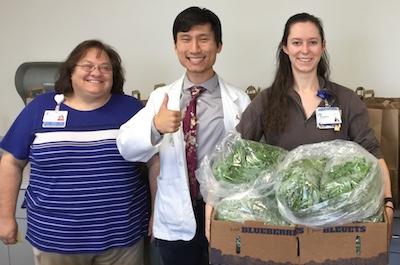 As a co-founder of Root Causes, Xie wanted to integrate food with health. Beginning in 2017, the group has provided fresh produce to patients at the Duke Outpatient Clinic every two weeks.

Due to COVID-19, the group is now doing home food delivery to 75 Durham residents a week, supported in part by a grant from the American Heart Association and via GoFundMe support. Root Causes have also delivered 25 home gardening kits to pediatric patients’ families.

Xie’s group also partners with the Duke Hotspotting Initiative to add to the deliveries household essentials made by local producers, including Fillaree Soap, hand sanitizer and masks. The group is hoping to add delivery of medical devices like blood pressure cuffs and blood sugar monitors – sorely needed during the pandemic.

As a student representative on the steering committee of the World Food Policy Center, Xie became involved in community efforts, such as joining the coordinating council of the Durham Farm and Food Network and facilitating connections that have led to local policies to limit sugary beverages in Durham County buildings. Xie has worked to make an impact in the community in and surrounding Duke. 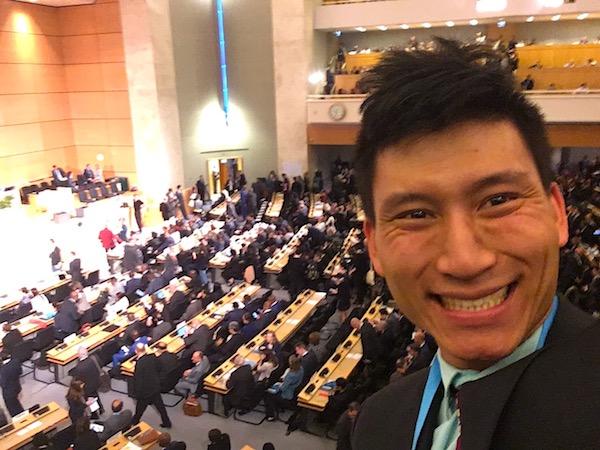 Through the Duke Global Policy Program in Geneva and as part of his MPP, Xie had the opportunity to attend the United Nations General Assembly in September 2019.

“I was in the room when they adopted the Global Action Plan for Healthy Lives and Well Being. That was a particularly happy moment for me because I had participated in the Duke Global Policy Program in Geneva and worked on the plan during my internship with the United Nations World Food Program,” he said.

He described the moment as energizing.

“To see the plan announced at the UN General Assembly by the head of the World Health Organization with heads of state in attendance, I felt like my work had gone somewhere and that someone was listening, and that organizations were going to change their behavior as a result of the little slice of it that I contributed to – only possible with a Sanford experience.”

Throughout his MPP, Xie said Sanford has heightened his leadership, especially as a medical student, through opportunities such as group projects, client consulting, and writing about policy issues and potential solutions.

“My long-term goal is to influence and create food policy,” he said.