She will give the 2018 Crown Lecture in Ethics, “Truth is My Weapon: A Campaign Against Sexual Violence and Genocide,” at Penn Pavilion from 5:30-7 p.m. A book-signing will follow her talk.

Tickets are required and will be available at tickets.duke.edu starting Tuesday, Oct. 23. Paid parking will be available in the Bryan Center garage. This event will be live-streamed on the Sanford School Facebook page, event-link here. 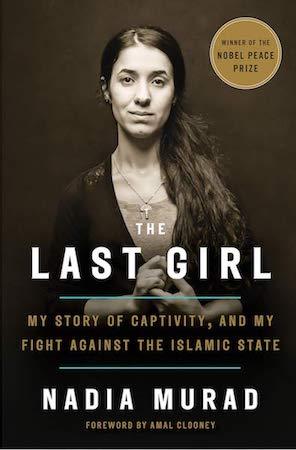 Murad, 24, is a member of the Yazidi minority of northern Iraq. She was a joint 2018 winner of the prestigious award with physician Denis Mukwege of the Democratic Republic of Congo for separate campaigns against sexual violence as a weapon of war. Murad is on a mission to end genocide and hold accountable those who committed these war crimes.

Yazidis are an ethno-religious minority who have suffered extensively during armed conflicts in Iraq. In 2014, the Islamic State (ISIS) launched a brutal attack on the villages of Murad’s homeland in the Sinjar district aimed at exterminating the Yazidi population.

The younger women were abducted and held as sex slaves. The abuses were systematic, and part of a military strategy. At present, most of the population remains in formal and informal displacement camps in Iraqi Kurdistan.

Murad founded Nadia’s Initiative, a foundation supporting women and minorities through the redevelopment and stabilization of communities in crisis. TIME magazine declared her one of the 100 most influential people in 2016. She is also the United Nations’ first Goodwill Ambassador for the Dignity of Survivors of Human Trafficking.

Her memoir, “The Last Girl: My Story of Captivity, and My Fight Against the Islamic State,” will be available for sale at the Duke event.

Judith Kelley, dean of the Duke’s Sanford School of Public Policy and an expert in international relations, will interview Murad.

“A most pressing issue today is the global fight against genocide, sexual violence and human trafficking,” Kelley said. “There could not be a better ambassador for human rights reforms on a global scale than this brave young woman who lived the life of the people she now fights to save.”

The Crown Lecture in Ethics is made possible by a gift from Lester Crown and the Crown family. Its purpose is to bring speakers to campus to discuss compelling ethical issues in the fields of art, science, medicine, business, policy and other fields. The lecture is sponsored by the Sanford School of Public Policy and co-sponsored by Sanford’s Duke Center for International Development. 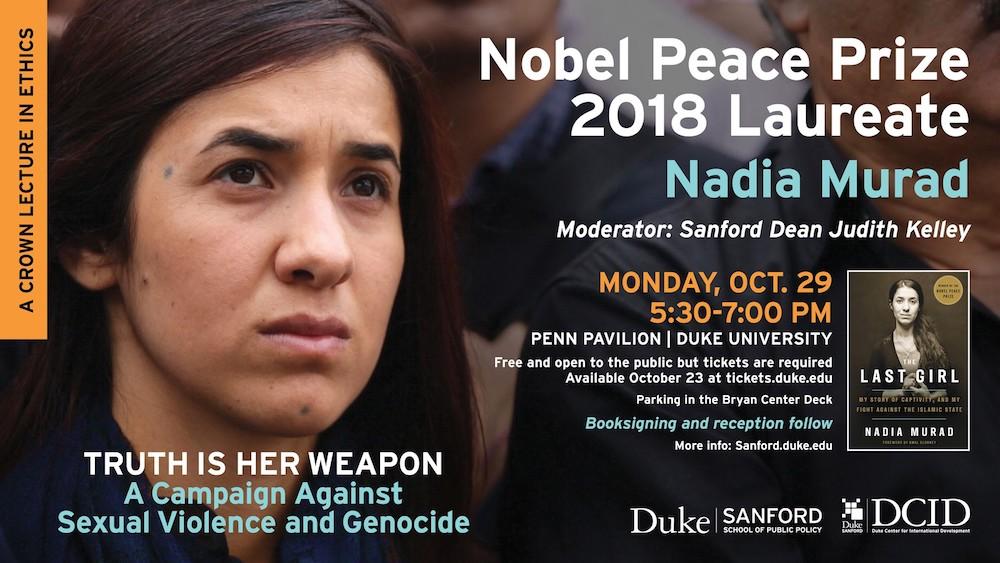 The Crown Lecture in Ethics was established to bring speakers to Duke to discuss ethical concerns.