China as a ‘Taker' in the Global Network of Science 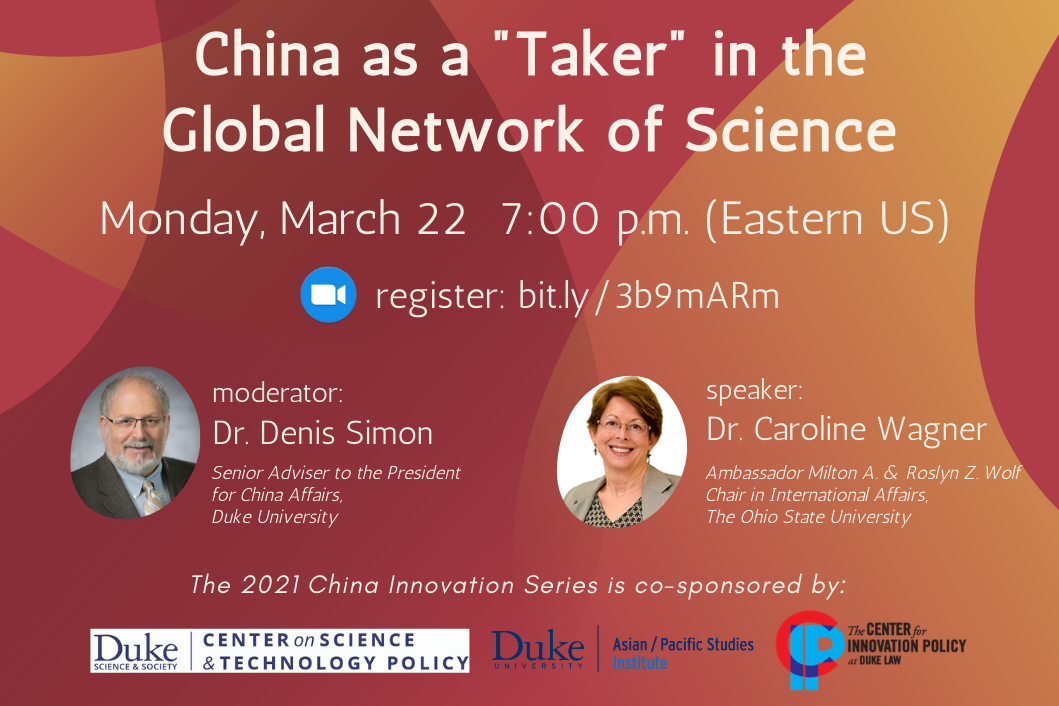 As China's status in international science begins to take on greater importance, many questions have been raised about the degree to which internal vs external factors best explain Chinese progress. Some have suggested that Chinese progress has been largely the product of extensive "borrowing" from abroad. From this perspective, China has been a major beneficiary from cross border S&T cooperation and collaboration. Moreover, there are those that have suggested that China basically has been a "free rider" by taking advantage of the openness of Western countries in terms of the free flow of scientific knowledge and information. Using the results of recent research, Dr. Caroline Wagner will analyze the evolving role of Chinese scientists in the international science community. She will highlight the ways in which China's steady integration into international research networks has helped China overcome the fact that it still only spends 5-6% of its R&D budget on basic research. The speaker, Caroline S. Wagner, holds the Ambassador Milton A. and Roslyn Z. Wolf endowed Chair in International Affairs at the John Glenn School of Public Affairs, The Ohio State University, where she is also a faculty affiliate of the Battelle Center for Science in the Public Interest.