In Euromissiles, Susan Colbourn tells the story of the height of nuclear crisis and the remarkable waning of the fear that gripped the globe. 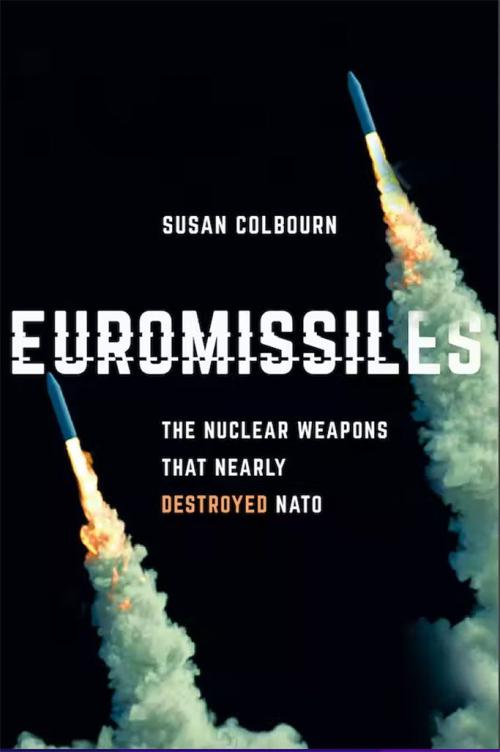 In the Cold War conflict that pitted nuclear superpowers against one another, Europe was the principal battleground. Washington and Moscow had troops on the ground and missiles in the fields of their respective allies, the NATO nations and the states of the Warsaw Pact. Euromissiles—intermediate-range nuclear weapons to be used exclusively in the regional theater of war—highlighted how the peoples of Europe were dangerously placed between hammer and anvil. That made European leaders uncomfortable and pushed fearful masses into the streets demanding peace in their time.

At the center of the story is NATO. Colbourn highlights the weakness of the alliance seen by many as the most effective bulwark against Soviet aggression. Divided among themselves and uncertain about the depth of US support, the member states were riven by the missile issue. This strategic crisis was, as much as any summit meeting between US president Ronald Reagan and Soviet general secretary Mikhail Gorbachev, the hinge on which the Cold War turned.

Euromissiles is a history of diplomacy and alliances, social movements and strategy, nuclear weapons and nagging fears, and politics. To tell that history, Colbourn takes a long view of the strategic crisis—from the emerging dilemmas of allied defense in the early 1950s through the aftermath of the INF Treaty thirty-five years later. The result is a dramatic and sweeping tale that changes the way we think about the Cold War and its culmination. Learn more about this book.