The Politics of the Marvel Cinematic Universe

In The Politics of the Marvel Cinematic Universe Nicholas Carnes and his co-author Lilly J. Goren ask the question, “What lessons are this entertainment juggernaut teaching audiences about politics, society, power, gender, and inequality?” 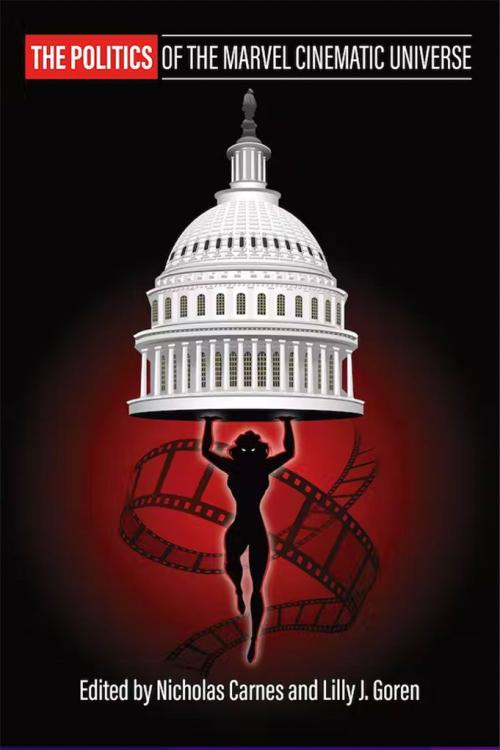 The Marvel Cinematic ​Universe (MCU) is the most expansive and widely viewed fictional narrative in the history of cinema. In 2009, Disney purchased Marvel Entertainment for $4 billion, including its subsidiary film production company, Marvel Studios. Since then, the MCU—the collection of multimedia Marvel Studios products that share a single fictional storyline—has grown from two feature films to thirty interconnected movies, nine streaming Disney+ series, a half dozen short films, and more than thirty print titles. By 2022, eight of the twenty-five highest grossing films of all time are MCU movies.

The MCU is a deeply political universe. Intentionally or not, the MCU sends fans scores of messages about a wide range of subjects related to government, public policy, and society. Some are overt, like the contentious debate about government and accountability at the heart of Captain America: Civil War. More often, however, the politics of the MCU are subtle, like the changing role of women from supporting characters (like Black Widow in Iron Man 2) to leading heroes (like Black Widow in Black Widow). The MCU is not only a product of contemporary politics, but many of its stories seem to be direct responses to the problems of the day. Racial injustice, environmental catastrophe, and political misinformation are not just contemporary social ills, they are also key thematic elements of recent MCU blockbusters.

In The Politics of the Marvel Cinematic Universe, more than twenty-five leading scholars examine these complex themes. Part one explores how political issues are depicted in the origin stories; part two examines how the MCU depicts classic political themes like government and power; and part three explores questions of diversity and representation in the MCU. The volume’s various chapters examine a wide range of topics: Black Panther and the “racial contract,” Captain America and the political philosophy of James Madison, Dr. Strange and colonial imperialism, S.H.I.E.L.D. and civil-military relations, Spider-Man and environmentalism, and Captain Marvel and second-wave feminism.

The Politics of the Marvel Cinematic Universe is the first book to look expansively at politics in the MCU and ask the question, “What lessons are this entertainment juggernaut teaching audiences about politics, society, power, gender, and inequality?”